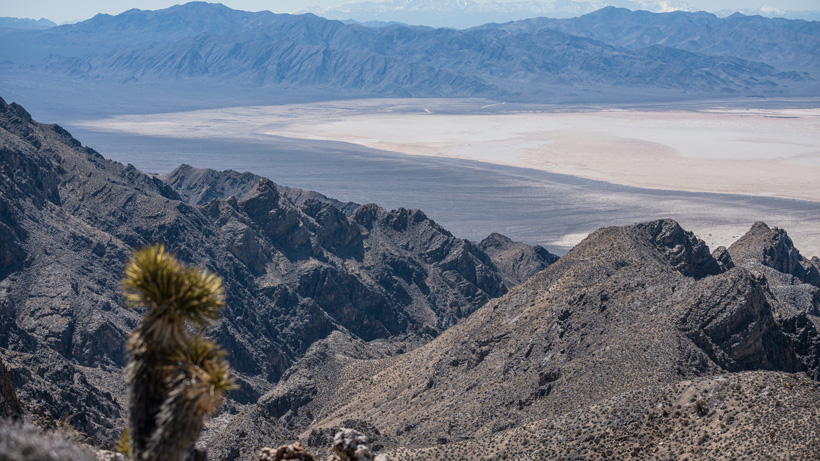 High above the Nevada landscape, it can be hard to see the details, but those details like providing critical habitat for iconic desert bighorn sheep need to be seen. The U.S. Air Force recently asked Congress to “redesignate large swaths of public land for military testing and training” in the state’s Desert National Wildlife Refuge—a request that would impact 227,000 acres of important habitat, Wyoming Public Media (WPM) reports.

Conservation groups like the Fraternity of Desert Bighorn Sheep as well as members of the U.S. Fish and Wildlife Service (FWS) oppose the plan. And, according to WPM, even the Nevada legislature passed a bipartisan resolution “pushing back.”

“The current Test and Training Range is 3 million acres. It’s already really large; it's a huge area,” said Kevin DesRoberts of FWS. “How much more does the Air Force need? We don’t know.”

While the Air Force uses stimulators, Nevada’s landscape is ideal for “real-world” training, the New York Times (NYT) reports. In fact, according to the Air Force’s environmental impact study, which was published last October, the expansion wouldn’t significantly impact wildlife or any culturally important areas. There are no plans on using “live ammunition in the expanded areas; however, it would station equipment there that simulates threats to aircraft,” according to NYT.

“We have a large contiguous piece of land that is very sparsely populated,” said Col. Cavan Craddock, the installation commander for Nellis Air Force Base and the Nevada Test and Training Range. “And the terrain has the added advantage of resembling those of countries where the United States military often operates.

Nearly half of the refuge is already used by the Air Force. Regardless, DesRoberts told WPR that FWS “would prefer to keep the current arrangement” rather than allow for an expansion. That arrangement provides 826,000 acres for military use, but the agreement expires in 2021.

“This is the largest national wildlife refuge in the lower 48 states,” said DesRoberts. “And one of the reasons it’s so critical for desert bighorn sheep is that it protects the largest remaining intact piece of habitat for that species in our country.”

While it’s unclear whether the proposed expansion will be approved, it has brought a number of organizations together against the idea of changing the military use of the designated wilderness. For example, Jose Witt, the Southern Nevada director of Friends of Nevada Wilderness, created a social media slogan (#DontBombTheBighorn).

“A lot of people think of the Mojave as a vast wasteland,” said Witt. “That’s a perception we are trying to change. It’s a hidden gem.”

Vance you might be right but there is some hope. A few years back, here in Florida, Eglin Air Force base tried acquiring some state land north for SOF training and low altitude fly overs. The local hunters, residents, and state provided so much push back that the proposal was shot down in about a month. So there is some hope.

Being someone who has gone on two sheep hunts consecutively in 17’ and 18’ down on the bombing range, i can say that the what the Air Force has done to that land is shocking. When you are hiking to the sheep and you’re stepping over hundreds of shrapnel and full intact bombs it’s pretty surreal. I would rather them move on somewhere else than renew the current agreement.

I'd bet you are right Vance.

Between training area 2508 in California (Nellis, Edwards AFB, 29 Palms, Fort Irwin and China Lake NAWS) there is already something like 2.5 million acres of no fly zone for aircraft to train on. But, saying that there are a lot of aircraft to train. There are fighters, helos and bombers stationed at Lemoore, Ridgecrest, Las Vegas, Edwards and Fresno has national guard. So 2508 gets crowded, and most of the stuff on Area 51 is locked out to regular military squadrons.

I'll make a prediction, right or wrong the DOD will get their way. They have a lot more power than most understand in this part of the world.

I'll make a prediction, right or wrong the DOD will get their way. They have a lot more power than most understand in this part of the world.