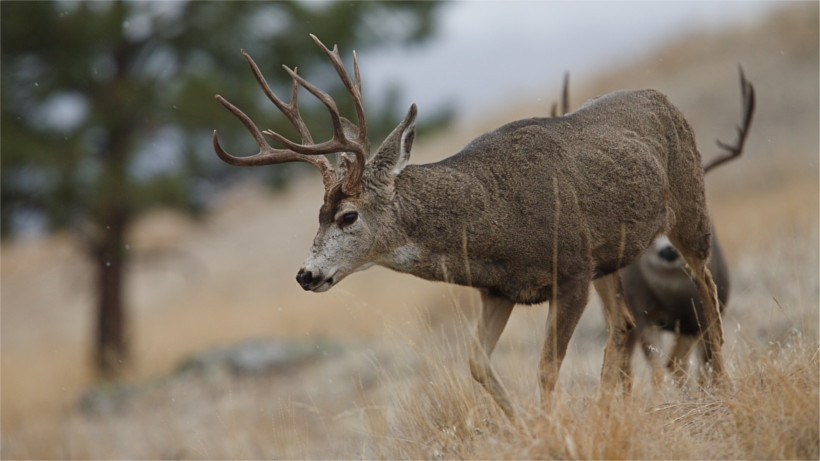 This year’s spring survey found a 16% increase from last year and for the past five years numbers have increased by at least 15%, The Associated Press reports. With strong fawn recruitment since 2013 this means a change in hunting restrictions for the upcoming season.

“[W]e have been very conservative with the harvest of mule deer does, which also plays a role as mule deer are not as prolific as whitetail deer and can struggle to rebound,” NDGFD Big Game Management Supervisor Bruce Stillings told The Associated Press.

In 2012, North Dakota started a multi-year ban on mule deer doe hunting in an effort to stabilize populations. Because of the steady uptick in mule deer numbers, last year, NDGFD permitted the hunting of mule deer does in five of these units; this year, all but one of the eight units will be open. NDGFD anticipates lifting restrictions in all the units next year if the population continues to recovery.

“However, the long-term health of the population will depend on maintaining high-quality habitat,” says Stillings.

Mule deer do not adapt as well as whitetail deer when habitat interruption or change occurs. According to The Associated Press, much of North Dakota’s mule deer habitat is in oil country and NDGFD and the Mule Deer Foundation (MDF) have been working steadily with area landowners to create or improve 30,000 acres of habitat with the end goal being closer to 50,000 acres.

“Anytime that you improve habitat, you just increase the chances of sustainable herds, for all wildlife,” says MDF Regional Director Marshall Johnson. “Without habitat, there's no game. Without game, there's no hunt.”