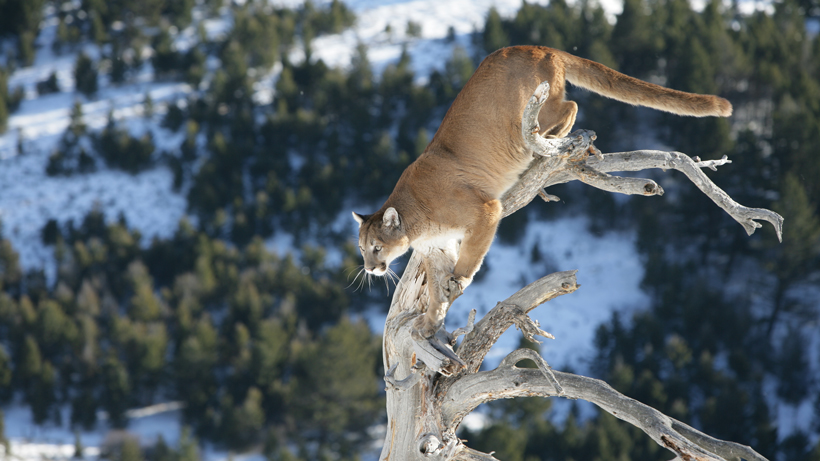 Three mountain lions are dead after they were found snacking on human remains in Arizona. While the Arizona Game and Fish Department (AZGFD) believes that the mountain lions didn’t actually kill the human on a canyon trail, the agency decided to lethally remove the three lions after deeming their “abnormal” behavior “a safety threat,” NBC News reports.

Those that do are more likely to attack a human being in the future,” said AZGFD’s Raul Vega. “In addition, they did so 50 yards from a popular hiking trail and within sight of homes, and repeatedly showed no fear of responding officers. They were a clear and present danger to public safety.”

The Pima County Sheriff’s Department is working with the medical examiner’s office and AZGFD to figure out cause of death. Officers found the remains on Monday and an autopsy was scheduled for later this week. The euthanized mountain lions are also “being preserved as potential evidence in the death investigation,” according to KVOA.