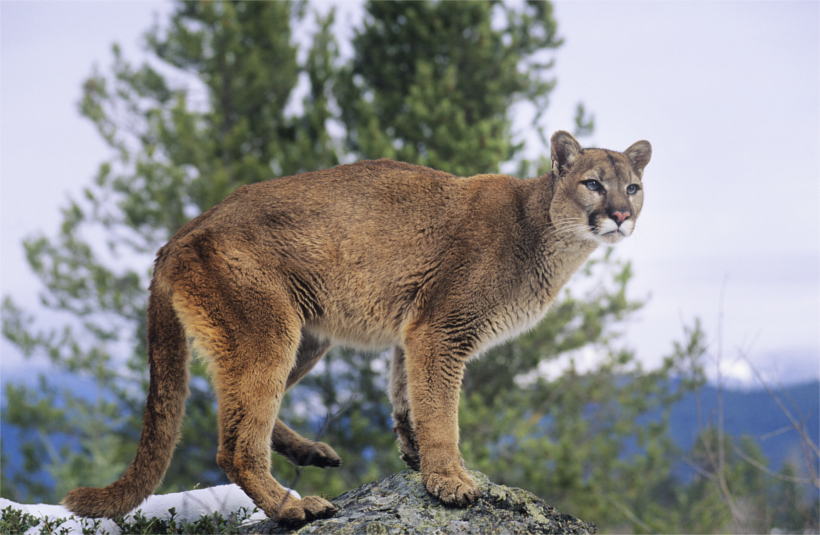 An influx of mountain lions is wreaking havoc on livestock owners in California, resulting in a push to build lion-proof pens and cages to keep their domestic animals safe. With three mountain lions killed over the past eight months, ramping up protections is key to keeping interactions – and depredation – in check.

But how? A local 4H Club recently partnered with the national Mountain Lion Foundation who organized a project to build a special enclosure for a local family’s pigs. The pigs have been a constant source of prey for mountain lions in the region. Area scientists, a state game warden, and local land owners assembled with 4H Club members to work on the pig pen and observe how to build one that keeps animals safe from these cunning predators.

Mountain lions have also been known to prey on chickens, goats and sheep, and, in Julian, CA, the lion/livestock interactions are at an all time high. Incorporating other devices like noise and lights can also keep unwanted wildlife at bay, according to The San Diego Union Tribune.

Under California law, it is illegal to hunt mountain lions because they are considered protected animals. Yet, according to Game Warden Jorge Paz, when one preys on livestock, a landowner can obtain a “depredation permit,” which allows the landowner to legally kill the mountain lion within 10 days of being spotted or trapped on the property.