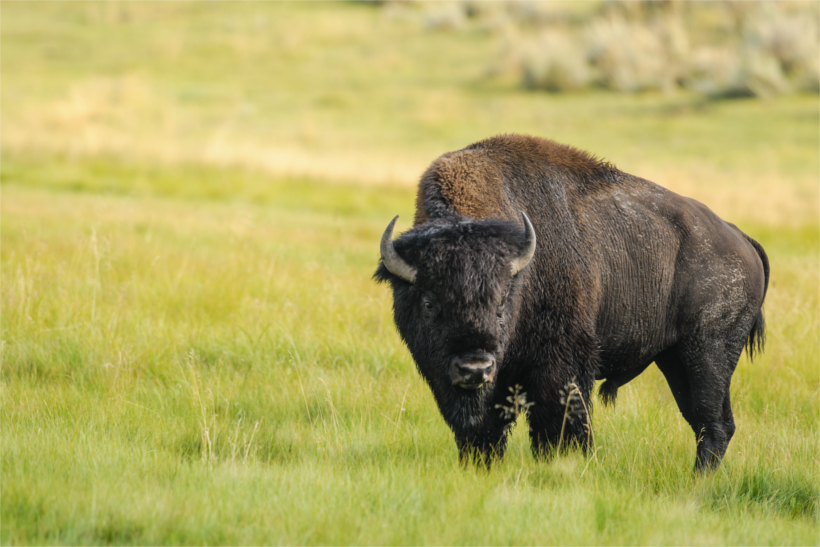 Bison roaming along the North Rim of the Grand Canyon recently received some good news and some other interesting news. The good news is that they are now considered native, which means that they will remain in Arizona and the National Park Service (NPS) can manage the animals under its native wildlife policy. The interesting news? There’s too many of them to be sustainable and hunters may get a chance to eliminate hundreds in order to get the 600 bison herd down to 80 to 200 animals.

The decision was made following the completion of a controversial report completed by NPS, the U.S. Forest Service and the Arizona Game and Fish Department (AZGFD). The report, which took over two years to complete, will “help guide Grand Canyon park officials in future bison management planning,” according to the Grand Canyon News, and includes four different management scenarios that range from natural mortality and hunting outside of the park to live animal capture and removal to skilled volunteers within the park to a combination of all of the above.  It shows the complexity involved with managing any type of species – including those that may now be considered native. 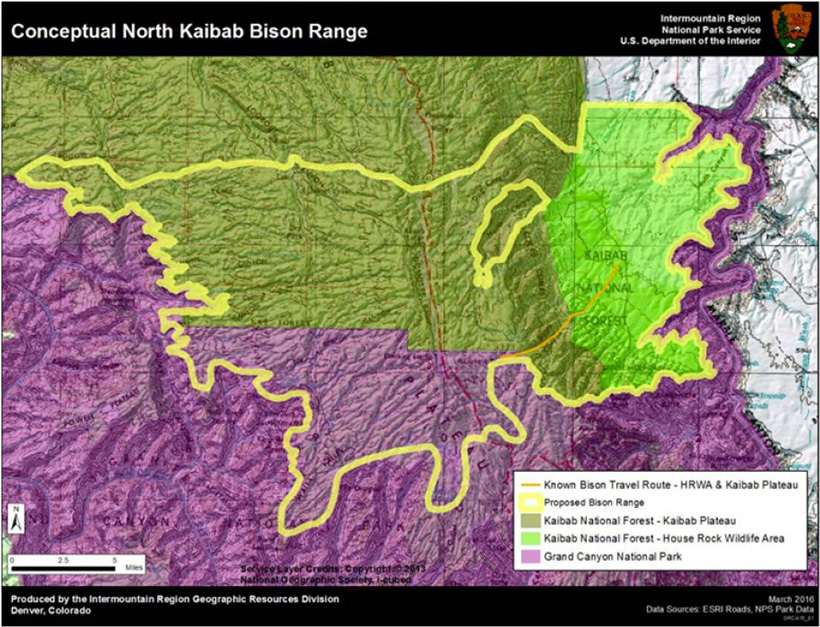 “We'll manage them as wildlife. We're not going to manage them to get rid of all of them,” says Glenn Plumb, who serves as acting chief of science and resource management at the Grand Canyon. “There will be no hunting in Grand Canyon National Park. Long-term hunting will continue, as I understand, on National Forest lands.”

Of course, the decision to eradicate the “overcrowding” of the native bison in the park has come under fire by various groups, including the Public Employees for Environmental Responsibility (PEER), who are questioning the definition of “skilled volunteers” as one of the management strategies. PEER says that the report gives park officials the leeway to allow hunting as a management option. They also think that those volunteers are really just hunters pre-selected by park management since hunting is not allowed in the Grand Canyon – unless approved by NPS for animals harmful to the environment. Removing excess bison to create a sustainable habitat falls into this category regardless of whether or not animal activist groups approve.

“The bison are a valuable native component of the experience for visitors to the Kaibab Plateau, but there are too many right now,” said Craig McMullen, an AZGFD supervisor, in a statement. “The ultimate goal is to manage this important bison population at appropriate levels for the enjoyment, appreciation, and use of the public.”

According to the Grand Canyon News, the report was released at an interesting time as a pair of bi-partisan bills directed at the U.S. Department of Interior and the Arizona Game and Fish Commission requests a plan to allow “Arizona sportsmen with valid, state-issued hunting licenses to assist in managing the bison population.” The bills are supported by members of the Commission as well as Arizona Sens. John McCain and Jeff Flake and U.S. Reps. Paul Gosar, Ann Kirkpatrick, Kyrsten Sinema, Matt Salmon, David Schweikert and Trent Franks. A draft Environmental Assessment of the Bison Management Plan for the Grand Canyon should be completed and available this fall.