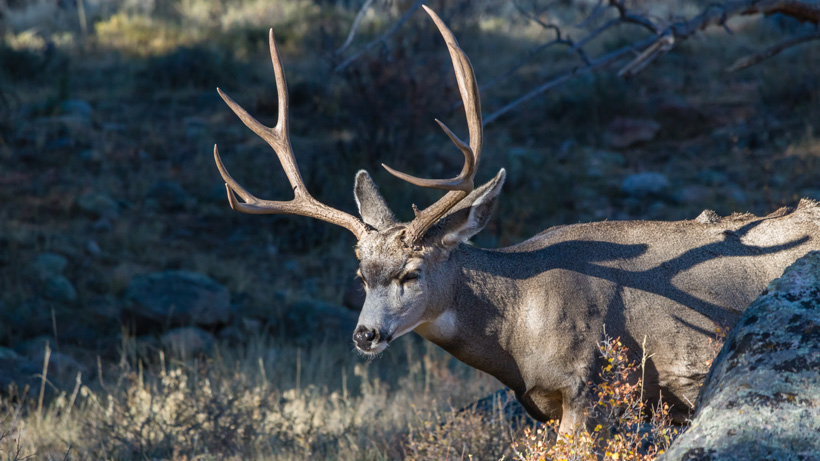 A new study published this month found that increased hunting could result in decreased chronic wasting disease (CWD). The findings, which were published online in the Journal of Wildlife Diseases, were part of an in-depth analysis conducted by Colorado Parks and Wildlife (CPW) scientists that examined 18 years of mule deer data across 12 different hunting areas within Colorado, according to the agency.

Specifically, the study found that decreasing mature male deer hunting quotas to boost the harvest of mature deer speeds up “the growth of epidemics.” Scientists found a higher prevalence of CWD in areas where annual hunting license numbers were lower and a “comparatively flat” prevalence of CWD where license numbers “remained steady or increased.” Additionally, they found that actually increasing the number of licenses lowered the possibility of hunters harvesting infected deer one to two years after; whereas, decreasing the number of available licenses only increased the overall risk.

“This is timely information for managers and policy-makers to have as CPW begins to ramp up our statewide efforts to manage CWD,” said Matt Eckert, CPW Terrestrial Programs Supervisor and study co-author. “Hunting is a tool we already use to manage our deer and elk herds statewide, and these results show that we can adapt the use of hunting for CWD suppression as well.”

While it takes years to see changes in the prevalence of CWD, the study found that a “sustained management effort” that began in 2000 in northern Larimer County has proved positive.

“Our effort to curb CWD in the Poudre-Red Feather deer herd required some short-term sacrifices and was not universally popular when we started out,” said Mark Leslie, CPW Northeast Regional Manager, “but that local community can be proud of the groundbreaking progress made in their area.”

Middle Park is another area where biologists were concerned about the spread of CWD, resulting in management changes that called for an increase in the number of licenses for mule deer bucks. So far, data shows that “sustained hunting pressure [has] flattened the epidemic curve in Middle Park” for the past 15 years while neighboring herds in White River and Bear’s Ears has increased, according to CPW.

“The recent surveys confirmed that our preventive efforts have paid off. Hopefully these findings will pave the way for using hunters to manage the prevalence of CWD in other Colorado herds,” said Andy Holland, CPW’s statewide Big Game Coordinator and another study co-author.