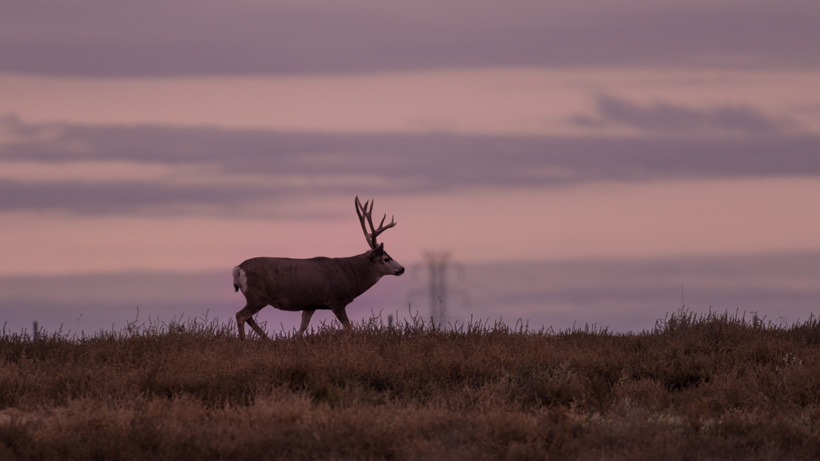 There’s another suspected case of chronic wasting disease (CWD) in Libby, Montana, which would make it the seventh deer to test positive for the fatal disease. Montana Fish, Wildlife and Parks (MTFWP) is still waiting on the final confirmation from the lab as to whether the road-killed whitetail doe, which was discovered near the Lincoln County landfill on Aug. 26, has CWD. According to the report, however, the deer is most likely infected as the Veterinary Diagnostic Lab at Colorado State University’s initially “identified the sample to be suspected of CWD infection.” The lab is currently running a second test and MTFWP is awaiting confirmation.

Since Sept. 6, 2019, MFWP has submitted 117 samples for CWD testing from deer all found in the Libby area. As a result, the agency has established the Libby CWD Management Zone to continue to monitor the specific region. This fall, MTFWP will require testing of all deer, elk and moose harvested within this zone—even those killed with a Libby Special CWD Hunt B license—within three days of the kill, according to a MTFWP press release. Hunters who quarter or bone out the animal in the field are required to bring the head into a field office for sampling.

MTFWP will also hold a Special CWD Hunt this fall in the Libby area in accordance with the state’s CWD Management Plan. 600 whitetail deer antlerless B licenses were sold that can be used in Hunting Districts 100, 103 and 104. According to the agency, the special hunt will be held at the same time as the archery and general season hunt and follow the same regulations for dates, weapon restrictions and access.

Here’s some additional information to know about CWD testing requirements: 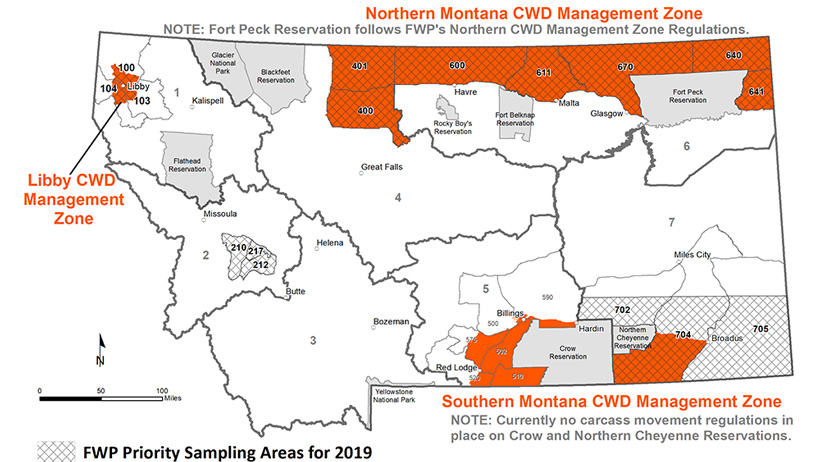 CWD Management Zones are areas where CWD is known to exist.

While CWD testing is required for any harvest in the Libby CWD Management Zone, MFWP will also pay for samples from hunters in other areas across Montana. Hunters who collect their own samples and send them to the MFWP lab in Bozeman will require location information in order to be tested. If you are interested in providing a sample for testing purposes, please follow these instructions per MTFWP:

Test results will be available within three weeks.