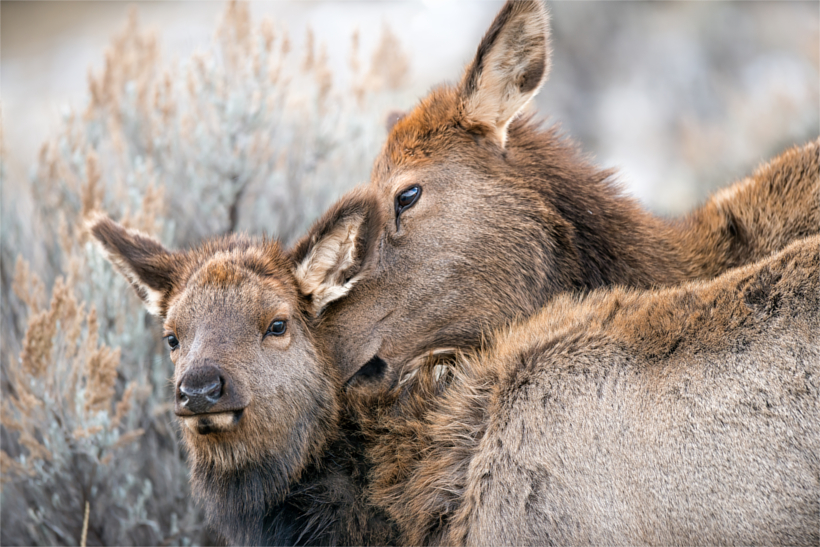 Now that Montana has a new predator management program in place, researchers want to find out how Montana elk calves doing, particularly within the Bitterroot. This spring, Montana State University researchers tagged 81 calves in the east and west forks of the Bitterroot as well as the Big Hole Valley and plan to monitor calf mortality throughout the summer and fall. It’s part of a Montana Fish, Wildlife and Parks (MFWP) initiative to boost elk herds and manage predation.

According to The Missoulian, the tags will notify death if the “animal stops moving,” which will spring the team into action to locate the dead calf in order to determine how it died. While wolves have been linked to calf mortality, mountain lions actually play a major role, too. This study will decide if the last three years of careful predator management will make a positive impact thanks to increased hunting quotas for mountain lions, black bears and wolves.

Unfortunately, though the animals have been carefully monitored, 12 calves already died as of last week and researchers haven’t been able to determine what caused their deaths. According to The Missoulian, researchers say that a 30% mortality is somewhat expected during elk calves’ first few weeks of life, but it’s still not good news for herd growth.

“We haven’t determined all the causes of mortality yet,” says MFWP’s Ben Jimenez. “We’ve sent samples of predator scat and hair to the lab. We’re still sorting that out.”

Hopefully, as researchers monitor the elk over the next few months, they’ll be able to determine if the state’s predator management program and increased predator hunting quotas are helping bolster elk populations.  In addition to this study, another mountain lion study is in the works for this winter along with another one in Granite County. Data gathered during these studies will be used to determine the effects of mountain lions on elk populations.