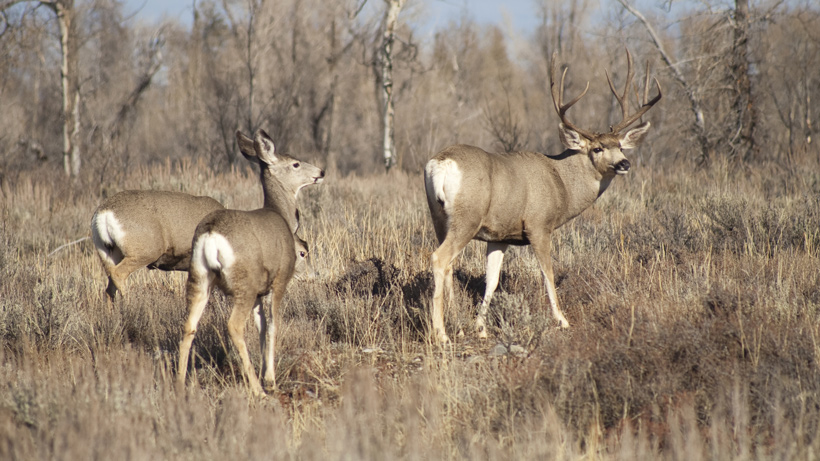 Two high school-aged males are guilty of poaching ten mule deer in McCone County, Montana. The incidents occurred in Region 6 and took place on Oct. 15, 2017 before the opening of general deer season. According to Montana Fish, Wildlife and Parks (MFWP), the deer were killed with “a shotgun using loads typically used for pheasants.” All of the deer were discovered on a two-mile stretch near road 528 in northern McCone County.

In addition to this case, another high school-aged male was recently found guilty of poaching a doe, fawn and whitetail buck near the Milk River. MFWP issued 12 citations, including illegal use of artificial light, hunting during a closed season and waste of game animals. He was ordered to pay $910 in fines and $1,100 in restitution. He was also ordered to take a remedial hunter education course and will lose his hunting, fishing and trapping privileges for five years.

“Region 6 Game Wardens hope that cases like these will open the eyes of both youth and adult hunters,” said Glasgow-area Game Warden Todd Tryan in a press release.  “If you choose to abuse the privileges to pursue the abundant fish and game that Montana offers, you will be held accountable.”

I agree in part with David J. This was a stupid, willful and wasteful act. Punishment should be serious and impactful. However, how many decent teenagers do really stupid things? Lots of them; maybe most of them. I think we need to extend forgiveness and mercy to stupid teenagers. I remember chasing deer as a teenager and blowing through a couple of fences on private land spotlighting big bucks. I didn't poach anything, but it was still really stupid, willful and wasteful. The landowner caught us, and gave me and my equally stupid friends the choice of criminal charges or to work mending fences (literally) for a month of Saturdays on his farm instead of turning us in to the cops. Now, many years later, am passionate about hunting, as are my kids, and I do pro bono legal work to help wildlife habitat issues, among other things, to help our deer and elk herds. I'm grateful for this old school farmer that taught us some great lessons without too harsh of consequences. I don't know these kids or the situation. I'm grateful these stupid kids were caught. These are serious criminal charges they pleaded guilty to and were convicted of. It will take some work for them to overcome this, but they can overcome it in the years to come. Perhaps they will be like me a lifetime advocate for wildlife.

Life bans are a bit extreme, these are kids we are taking about. One year per citation and mandatory labor like cleaning latrines at public camp grounds or helping pick up road kill sounds fair to me, along with having to attend Hunter safety classes for at least the last four years of their ban.

They need to lose their hunting privileges for life. This was an act of indiscrimination, maliciousness, and waste. 4 years for 10 deer is an absolute joke.

Where are the parents? Need to know what your kids are doing at all times. Maybe time to hold some parents responsible too.