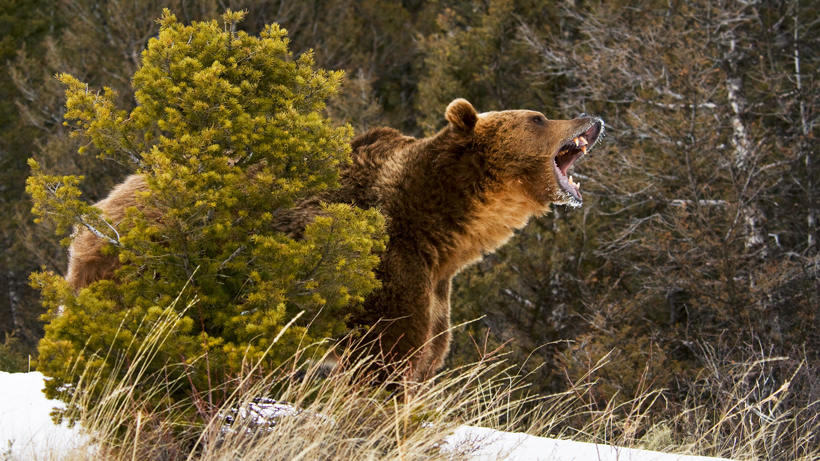 A 17-year-old teenager is lucky to be alive following a bear attack last weekend. The attack occurred last Sunday just south of Ennis, Montana where the teen and his family were staying at their cabin in Wolf Creek. According to Montana Fish, Wildlife and Parks (MFWP), the boy survived the attack “with relatively minor injuries.”

While out shed hunting in an area about 30 miles south of Ennis, on the east side of the Madison Valley, the teen was charged by a bear around 2 p.m. Armed with bear spray, he was unable to deploy it because “of the bear’s rapid approach,” according to MFWP. The bear, which officials believe was a grizzly bear based upon its behavior, shoved the teen against a tree; however, once it let go, the boy was able to crawl between two trees and “protect his head and vitals.” Pinned face-down to the ground, the boy was wearing a hoodie and backpack, which likely helped him during the attack as they acted as a buffer between him and the bear. While face-down, he was able to “reach over his shoulder and spray the bear,” causing the bear to leave, according to MFWP.

After the bear left, the teen walked out and radioed for his family. He was treated for minor injuries at the Madison Valley Medical Center and released. MFWP was informed of the attack at 3:45 p.m. and notified other people in the area; however, that area doesn’t have many visitors because of its limited public access.

This is a strong reminder why it is important to always remain vigilant when in bear country. Here’s some tips from MFWP: