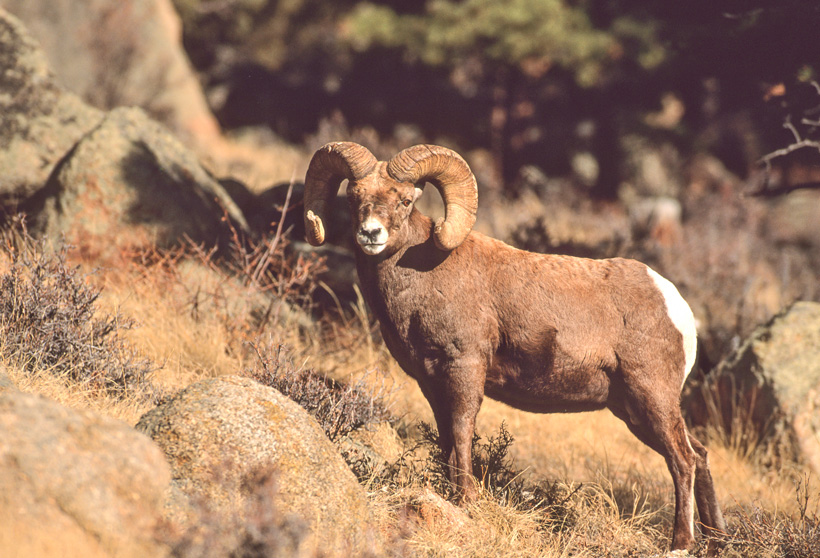 When wild sheep and domestic sheep come into contact with one another, wildlife biologists get nervous. This is because of the conclusive link between domestic sheep and pneumonia, which has historically decimated wild herds. Montana Fish, Wildlife & Parks (MFWP) recently removed two young bighorn rams last week for this very reason – after the animals were observed interacting with the domestic sheep in an enclosed pen.

The bighorns were found on private land along Beaver Creek in southern Philips County 28 miles south of Malta, which is quite a distance from their normal habitat, according to KTVQ.com. Neighbors reported the rams to MFWP after watching them interact with the domestic sheep. The landowner gave property access to MFWP’s Malta area Wildlife Biologist Scott Thompson, who removed the bighorns on June 24.

“Bighorn sheep are managed pretty intensively,” says Thompson. “To keep a healthy population of bighorn sheep, more aggressive management may be used at times. Sometimes, that can mean removing bighorns that pose a health risk to the rest of the population.”

MFWP donated to the meat to local families and plans to use the horns for educational purposes. As goHUNT has previously reported, pneumonia can dramatically affect wild herds – and have greatly impacted the health of Montana’s bighorn sheep. Montana commissioners already approved an over-the-counter plan to completely kill off the diseased Tendoy herd.