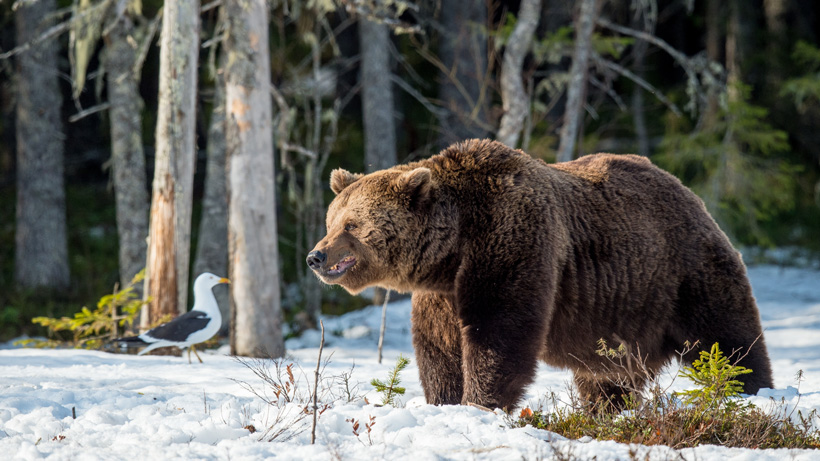 This week, the U.S. Fish and Wildlife Service (FWS) announced the allocation of $250,000 to help Montana livestock producers manage grizzly bears. The funds are earmarked specifically for the lethal and non-lethal removal of bears involved in livestock depredation and will be available for 2021, KPVI News reports.

“The Trump Administration has prioritized implementing practices to address issues impacting private landowners and the livestock industry,” said FWS Director Aurelia Skipwith. “U.S. Fish and Wildlife Service is proud to work alongside the USDA to address grizzly bear livestock depredations in Montana. Partnerships like this allow us to further grizzly bear conservation.”

With a healthy grizzly bear population that numbers almost 2,000, ranchers who live near the Northern Continental Divide or Yellowstone National Park will be able to use the funds in order to remove problem grizzlies that attack cattle or other livestock.

Last year, ranchers reported 148 suspected grizzly bear kills or injuries to livestock; 124 were confirmed, according to KPVI News. In 2019, out of 157 reported attacks, 141 were confirmed.

Grizzly bears are currently protected and listed as a threatened species under the Endangered Species Act, making it illegal to kill one “except in authorized management actions or for self-defense,” according to KPVI News. Regardless, leaders within the livestock industry and other groups in Wyoming, Montana and Idaho have requested that FWS continue to push for delisting.

“The increasing population of grizzly bears along the Rocky Mountain Front is a success story in which we can all take pride, but it has come with a price to citizens of Montana along the front,” Cascade County Commissioner Joe Briggs wrote in a press release. “The ongoing recovery of this species brings with it a predictable increase in clashes between the bears and humans as the bears expand their territory.”