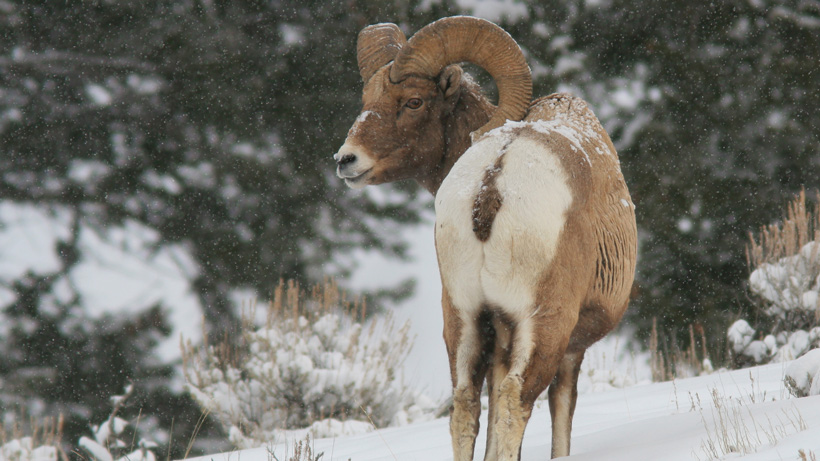 When a Montana man took a bighorn sheep head to get “plugged” last May, a biologist with Montana Fish, Wildlife and Parks (Montana FWP) thought something was off – and it wasn’t because the ram’s head smelled.

It was because it didn’t.

Thanks to a 2019 Senate bill, collecting bighorn sheep horns and skulls from those “that have died of natural causes” is now legal, according to the Bozeman Daily Chronicle. However, if you pick one up, you’re required to take it to an Montana FWP office and have it inspected and plugged with a state seal. Because bighorn sheep have died of natural causes, those skulls and horns can be smelly.

What tipped off the biologist, says Ron Howell, assistance chief of law enforcement, was that Matthew DeWit’s ram head “didn’t look like most they come across.”

As a result, the biologist contacted Montana WFP game wardens and an investigation was launched, which brought together game wardens in southwestern and northeastern Montana, administrative and wildlife staff and the Blaine County Attorney’s Office, according to the Bozeman Daily Chronicle. Together, they determined that DeWit had illegally killed the ram, which was estimated to be over eight years old, in the Missouri River Breaks during a closed season.

Last month, DeWit was ordered to pay $4,000 in fines and restitution after pleading guilty to hunting during a closed season and illegally possessing, shipping or transporting a game animal, according to the agency. He also loses his hunting, fishing and trapping privileges for 10 years in 49 states.

“Poaching is stealing from the public wildlife resources treasured by the people of Montana,” said Montana FWP Game Warden Haden Hussey. “We’re pleased to see a successful conviction in this case.”