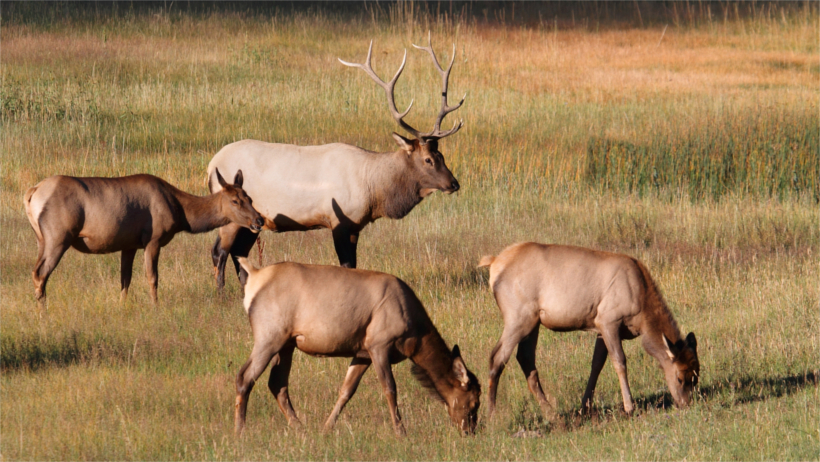 Yellowstone elk may have to fend for themselves if a new resolution passes. Montana lawmakers have asked Wyoming to put an end to supplemental feeding stations that can spread disease across state borders. Lawmakers say that feedgrounds breed disease and it’s only a matter of time before these diseases spread beyond the feedground sites, causing widespread infection.

“This ain’t rocket science — nobody feeds like Wyoming feeds,” Mike Phillips (D-Bozeman) told The Jackson Hole News & Guide. Phillips is behind the resolution. “It’s not like I’m suggesting something really radical. The chronic feeding of thousands of elk is not what anybody would consider to be a modern wildlife management program.”

While the Montana Senate unanimously passed the resolution that would close 23 feedground sites stationed in the southern portion of the Greater Yellowstone Ecosystem, the measure still needs to be approved by the Montana House. Lawmakers cite the spread of scabies, foot rot, brucellosis and chronic wasting disease as the rationale behind closing the feedgrounds. Yet, whether that means the feedgrounds will be closed remains unclear.

Brian Nesvik, Wyoming Game and Fish Department chief warden, says that he’s “unaware of any precedent of a neighboring state formally going on record opposing elk feeding” and adds that the National Elk Refuge “has a 105-year history” of feeding elk. Nesvik says that they use the feedgrounds as a way to keep cattle and elk separate in order to decrease exposure to brucellosis.

While the Montana Senate may be fully behind this resolution, so far the Montana House hasn’t discussed it. Ultimately, it will be up to Wyoming to decide what happens with the feedgrounds.

Nesvik told The Jackson Hole News & Guide that he wasn’t sure how Wyoming would respond, adding, “I think that the department and the commission will treat it like they would any other input they receive from the public, but as far as any action that they might take, I don’t speculate.”

And don't forget that those "Feed Lots" help maintain an abnormally high number of elk available in the Greater Yellowstone Ecosystem to feed that population of wolves. And Yellowstone tourists just love seeing those national park wolves.

The feed grounds have over a hundred year history without any major outbreaks of what they're fearing why the sudden push.