Montana governor given warning after trapping and shooting wolf near Yellowstone 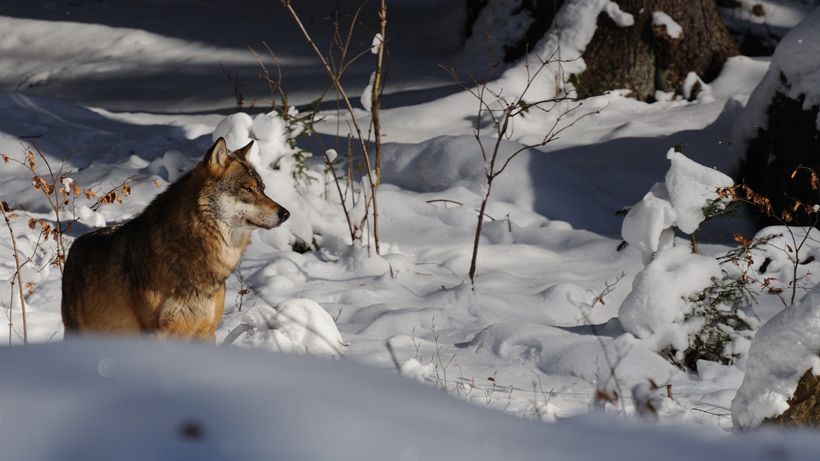 Montana Governor Greg. Gianforte is in some hot water after trapping and shooting a collared wolf near Yellowstone National Park last month. While wolf hunting and trapping is legal in Montana, those who do so must meet state wolf requirements. Gianforte did not, Boise State Public Radio reports.

Here’s what happened: On Feb. 15, Gianforte trapped and killed an adult black wolf dubbed “1155” ten miles north of Yellowstone’s boundary on a private ranch owned by Robert E. Smith, director of Sinclair Broadcasting Group. Wolf 1155 was born in Yellowstone National Park and collared in 2018 so that scientists could track its movement. The undetermined piece of the puzzle is when Gianforte laid the traps. Per state law, trappers are required to check their traps every 48 hours and report any wolf kills to Montana Fish, Wildlife and Parks (Montana FWP) within 24 hours, according to Boise State Public Radio.

Trappers are also allowed to release a collared wolf if that’s what they prefer.

In Montana, wolves that roam outside of Yellowstone National Park are legal to hunt and trap as long as hunters and trappers complete the state-mandated wolf trapping certification course, which Gianforte has not completed. Per Montana state law, the certification course must be completed prior to any wolf-trapping and the certificate “must be in possession of any person setting wolf traps and/or harvesting a wolf by trap.” As a result of the incident, Montana FWP issued the governor a written warning and Gianforte has promised “to take the three-hour online course March 24.”

However, Gianforte did have “all the necessary hunting licenses to harvest a wolf,” according Montana FWP.

Regardless, John Sullivan, chair of the Montana chapter of Backcountry Hunters & Anglers, says that it’s difficult to believe that the governor would forget this sort of requirement.

“He has been hunting and trapping for a long time and I would be surprised to learn that he didn't know better than to complete that education,” said Sullivan. “We hope that he apologizes to the citizens of the state for circumventing the process that we all have to go through.”

“It’s difficult to fathom accidentally not taking that class,” added Sullivan. “When you go to buy your wolf trapping license online it clearly states that trapper education is required.”