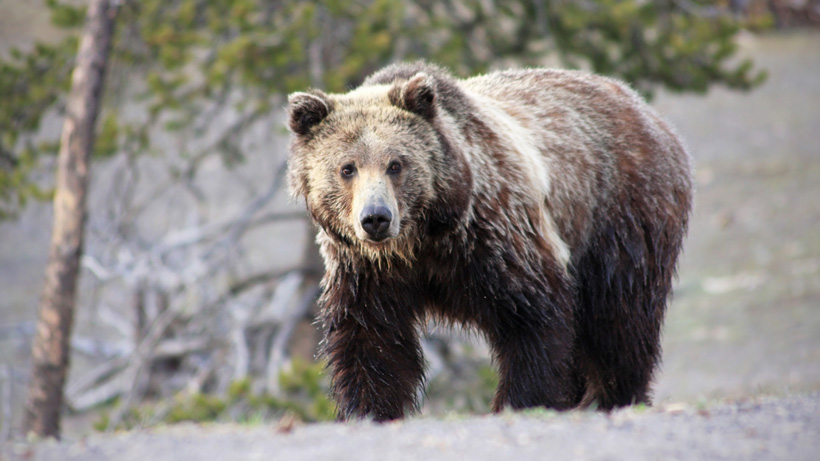 As 2018 crawls to a close, the number of grizzly bear mortalities within the Northern Continental Divide Ecosystem is at nearly 50 bears. The latest to be accidentally killed is a male grizzly bear cub that was hit by a train on the railroad tracks near Columbia Falls, Montana, according to Montana Fish, Wildlife and Parks (MT FWP).

MT FWP reports that a BNSF Railway train collided with the grizzly bear near North Hilltop Road on Nov. 8, 2018. Upon investigation, there was no “evidence of attractants at the site” and the collision only impacted one bear. MT FWP notified the U.S. Fish and Wildlife Service of the incident.

A total of 48 confirmed grizzly bear mortalities have occurred this year in this region. According to MFWP, “bears are classified as mortalities if they die, are taken to an accredited zoo or research facility if possible, are euthanized or are moved to another ecosystem.” Every year, a couple of bears are relocated to the Cabinet-Yaak Ecosystem “as part of an augmentation program.”

With over 1,000 grizzly bears roaming the NCDE, it’s important to take extra precautions when hunting or recreating in grizzly country. As goHUNT previously reported, several recent attacks have occurred this fall and bears are still seeking out food to build up their winter reserves before hibernation. Anyone out in these areas should or planning a trip in grizzly country for 2019 should review these articles: How to Camp Safely in Grizzly Bear Country, Hunting in Grizzly Bear Country: Safety After You Get an Animal Down and Bowhunting in Grizzly Country.