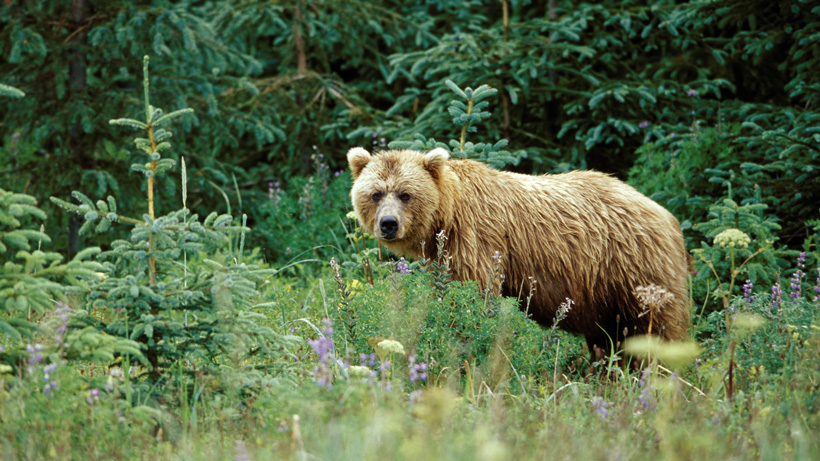 The bears – a sow and her three yearlings – were known to hit up bird feeders and unsecured chicken feed on private property on Witty Lane. The foursome had done the same thing last fall, gorging on bird feed and pig feed, but those “incidents were not reported” to Montana FWP. The agency consulted with the Interagency Grizzly Bear Committee guidelines as well as the U.S. Fish and Wildlife Service, determining that the adult female grizzly bear had to be euthanized because she was food conditioned. The bear had lost its “natural foraging habits,” according to KPAX News.

The other euthanized bear exhibited an injury that appeared to be a broken bone in its foot (after a local veterinarian clinic reviewed the case). That bear was also put down because of its injury. The remaining female yearlings were relocated to the Logging Creek area in Glacier National Park.

Limiting the possibility of bear-human interaction is critical if you live in grizzly bear habitat – especially now that bears are out of hibernation and roaming within what they consider to be their territory. Secure all possible bear food attractants like garbage, pet and livestock food, bird feeders, fruit trees, livestock, gardens and outdoor food cookers in bear-proof containers or behind bear-proof electrical fencing.

Further, if you are out hiking or shed hunting like a recent Wyoming man was just last week in Sunlight Basin, make sure to carry bear spray in case of an accidental run-in. Wyoming Game and Fish Department officials are currently investigating this recent attack in the East Painter Creek drainage north of the Sunlight Basin Wildlife Habitat Management Area. Fortunately, the injured man was removed from the area by helicopter and currently receiving treatment.

“The safety of outdoor recreationists is always at the forefront of our minds,” said Cody Regional Wildlife Supervisor Dan Smith. “Our thoughts are with the individual who was injured and we wish him a full and speedy recovery.”