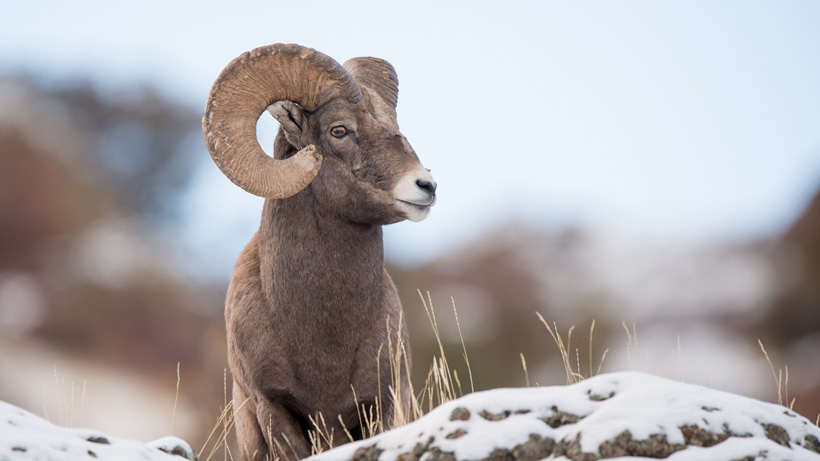 After a die-off wiped out 90% of the herd in 2008, Montana ended limited hunting permits. However, now, the herd has a number of older rams and, while the herd hasn’t completely recovered from the 2008 bout of pneumonia, offering “a single hunting permit would not affect the overall population dynamics,” said Adam Grove, Montana FWP area biologist.

“Our thought process is that we might as well allow one hunter that opportunity than to let all the rams die of old age,” said Grove.

According to The Independent Record, the herd is currently comprised of about 50 bighorn sheep, but “lamb recruitment remains low.” Additionally, there are not any plans to relocation other bighorn sheep because of the herd’s proximity to domestic sheep and possibility of disease transmission between the two.

Instead, for now, Montana FWP will continue to keep tabs on the herd and on how many older rams are in it.

“We’ll keep doing surveys and visiting with hunters and if we get to the point where someone draws the tag and says they weren’t seeing any older aged sheep, we’d take that into consideration,” Grove said. “Hopefully as those older rams are harvested or die out there will be rams coming up to replace them, but that is something we’ll keep an eye on.”

The proposal has the support of the Montana Wild Sheep Foundation.

“A herd like the Elkhorns has come up a number of times – the Greenhorns, Anaconda, the Highlands (near Butte) – where the herd had died off yet inevitably there are older aged rams that survive,” said Executive Director Brian Solan. “A lot of times, and especially in the Highlands, they’re past their breeding age, so the idea of issuing one permit to harvest a ram has no impact on the herd dynamics. We’ve been supportive for that to allow for more hunter opportunity and to bring someone else into sheep hunting.”

The Montana Fish and Wildlife Commission will approve this year’s big game seasons during its meeting Feb. 13.

As long as 100% of the money is used to fund specific, transparent projects that have been proven to create better habitat or grow Bighorn Sheep herds for that area or to prevent contact with domestic sheep or goats, I am good with the money going to the highest bidder.

They might as well go ahead and say it...they are going to auction it off to the highest bidder and piss the money away..

And to be honest, I think thats a good idea because there is no way 99.9999999999% of us stand a chance on drawing the tag anyhow. So why even involve us poor common folk.

If they auction it off the tag will got for 100+K to hopefully pay for some govt knucklehead to sit in an office and play on YouTube.