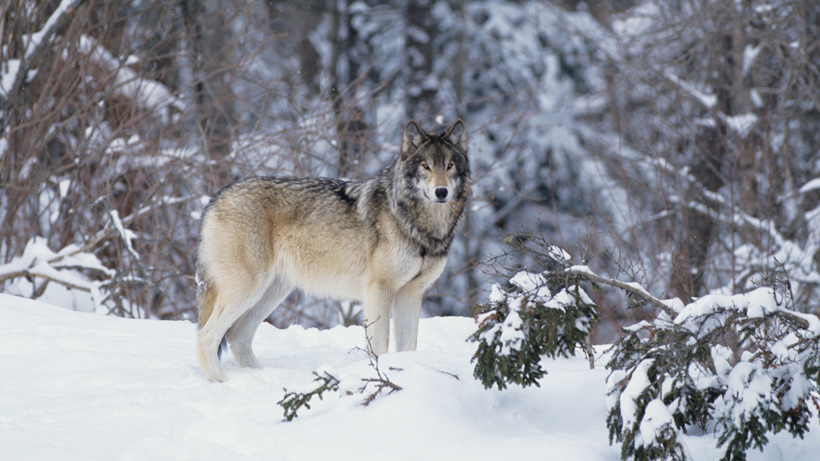 Today marks the end of Montana’s wolf season and, based upon preliminary numbers, it looks as though this season was one for the records. According to Montana Fish, Wildlife and Parks (MFWP), a total of 315 wolves were harvested across the state—165 by hunters and 130 by trappers, the Flathead Beacon reports. In addition, out of those 315 wolves, 111 were killed in Region 1 in Northwest Montana, which has the highest concentration of wolves within the state.

Wolves were delisted in 2011, resulting in management being turned over to the state. This season, MFWP sold 17,000 wolf licenses, which is a decrease from prior years. In fact, in 2013, hunters purchased 24,000 licenses, according to the Flathead Beacon. However, Neil Anderson, MWFP’s Region 1 wildlife program manager, believes those who are out there hunting have definitely honed their skills. That, and a mild winter, made for a record year.

“I think it had to do with the conditions on the ground, especially for trapping,” said Anderson. “We had a pretty mild December, with not a lot of snow and not a lot of changes in snow patterns. That’s more conducive for folks to get out and get after them. When the temperatures dropped and the snow started accumulating, traps start to freeze up, and we saw the harvests really taper off toward the end of the season.”

Wolf management can be a controversial topic. In Montana, last month, a bill aimed at making it illegal to kill wolves in two hunting districts outside of Yellowstone National Park was rejected by members of the Montana Senate Fish and Game Committee. Lawmakers voted 9 to 1 against Senate Bill 185, which would have banned hunting and trapping wolves in wolf management units 313 and 316 near Cooke City and Gardiner. However, nearly a dozen bills have been introduced within the state legislature that would change current hunting and trapping regulations for wolves throughout the state. If passed, they would allow for increased wolf hunting quotas and more scrutiny when it comes to trapping.

Great news on the record wolf kill. They're just a land shark with fur.
Hopefully the kill doubles to even things up.

Just a thought, but how about adding Wolf in fileting 2.0 ? Go hunt is powerful, if there was a movement to educate hunters on Wolf populations, when, where, and how to succefully kill them it would be helpful. In all honesty, I feel quilty elk hubting in parts of Idaho knowing I dont hunt wolves with the same vigor as elk.