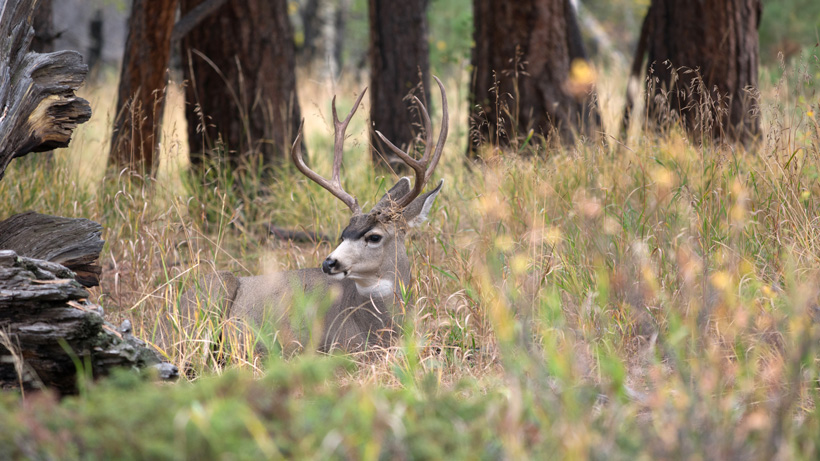 To help control urban mule deer numbers, the Montana Fish and Wildlife Commission has approved Helena, Montana’s urban mule deer culling program “indefinitely.” However, while the move may keep flourishing urban deer numbers in check, funding comes from the city’s budget and, for the second year in a row, “city officials say they do not plan to fund the program,” the Independent Record reports.

Last week, the commission voted unanimously in favor of the plan, which would require the city to survey deer populations and give officials permission to “cull up to 250 animals” even though, historically, they’ve only lethally removed about 100 deer each year. By extending the urban deer culling program “indefinitely,” even though the commission would still need to review culling quotes, Montana Fish, Wildlife and Parks (Montana FWP) Game Management Bureau chief Brian Wakeling said “the move would reduce the administrative burden on Montana FWP.”

“It would remain indefinitely so long as Helena did not change its management strategy,” said Wakeling.

“While the state has jurisdiction over wildlife management and must approve the plan, the city bears the financial burden and responsibility for carrying it out,” said Commission Chairman Shane Colton.

The program has been in place since 2008 and has helped reduce the number of animal-vehicle collisions in the city. Deer are culled via a net trap and killed using a bolt gun reserved for livestock, according to the Independent Record. Meat from the culled animals is processed and donated. The plan has lowered overall deer “densities from 33 to 25 deer per square mile.”

Yet, the program was suspended last year due to budget cuts and this year is likely facing the same circumstances. However, according to the Independent Record, Helena Police Chief Steve Hagen and Montana FWP officials say that if the program doesn’t continue, “populations and associated conflicts are expected to increase.”