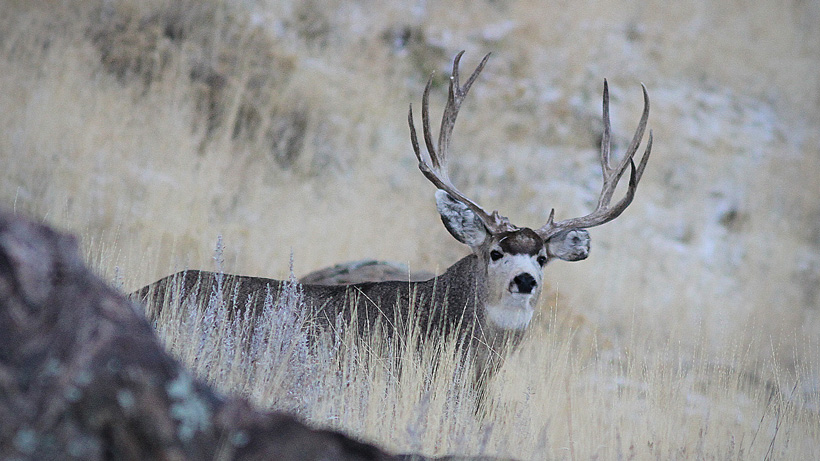 Here’s big news for hunters after a Montana big game trophy. Last week, the Montana Fish and Wildlife Commission approved hunting season structures and regulations for 2018 and 2019, which includes a new hunt for Hunting District (HD) 103. This marks the first change in regulations since 2016 since Montana only reviews proposals every two years.

New for 2018 and 2019 is a limited draw mule deer buck hunt in a section of the Fisher River in HD 103 near Libby, Montana. There will be a quota of five draw permits and applications are due by March 15, 2018 for the hunt, according to a Montana Fish, Wildlife and Parks (MFWP) press release.

“The limited draw mule deer hunt will set aside about a quarter of hunting district 103 for permit-only antlered buck hunting and you will have to apply for a permit,” says MFWP Region 1 Wildlife Manager Neil Anderson. “Hunters are encouraged to review these and other changes to the hunting seasons and plan accordingly so they don’t miss the opportunity this fall.”

Per MFWP, other changes are as follows:

The Commission also approved the decision by MFWP to not hold a grizzly bear hunt in the Greater Yellowstone Ecosystem. Other decisions of importance include the approval of “the criteria for exception on ban on ungulate urine from chronic wasting disease-positive states” and the passage of a resolution that supports the Recovering America’s Wildlife Act, which would provide $1.3 billion annually to “state wildlife agencies for conserving wildlife and habitat, increasing wildlife-associated recreation opportunities, and increasing conservation education programs.”