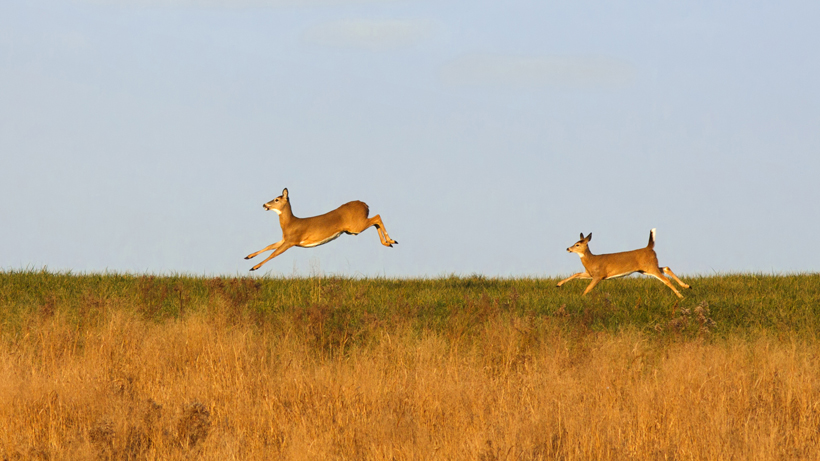 Minnesota deer hunters are seeking the end of deer farms in the Land of 10,000 Lakes. Last week, the Minnesota Deer Hunters Association (MDHA) called for banning the “transportation of farmed deer within the state” (with an exception for deer going to slaughter) and “any new farmed deer from entering the state,” citing the spread of disease from farmed deer to wild herds, the Twin Cities Pioneer Press reports.

“We’re really past the point of taking incremental measures now, like double fencing or restricting (shipping) movement of farmed deer,” said Craig Engwall, MDHA executive director. “For the sake of the state’s population of wild deer, and our tradition of deer hunting, we need to eliminate deer farms entirely.”

MDHA has also called for an end to new deer farm licenses as well as a “phased, state-funded buyout of all existing herds” in order to rid the state of deer farming over the next few years.

The push for an end to deer farms is a result of a case last spring where infected animals were confirmed at a Beltrami County deer farm – a farm that had already “shared deer” with over a dozen farms in Minnesota and four other states. Dead deer from that same infected herd were found illegally dumped on public land where the disease still lingers in the soil.

There are currently 259 deer farms in the state with approximately 7,677 deer, which include whitetail deer, mule deer, elk and exotic deer. The animals are raised for game preserves and venison. Deer farms also collect deer urine for deer hunting scents, which is actually banned in many states due to the possibility of CWD.

Earlier this month, the Minnesota Legislature adjourned without any decision made on new deer farm regulations; however, Engwall plans to pressure lawmakers during the next session. With about 20,000 members, MDHA says it is time for the state to do something.

“The Beltrami County situation has galvanized the support of deer hunters and others interested in our wild deer herd, and the time has come to take action,’’ said Engwall. “We simply can’t afford to wait any longer as the threat to the wild deer herd is too great.”