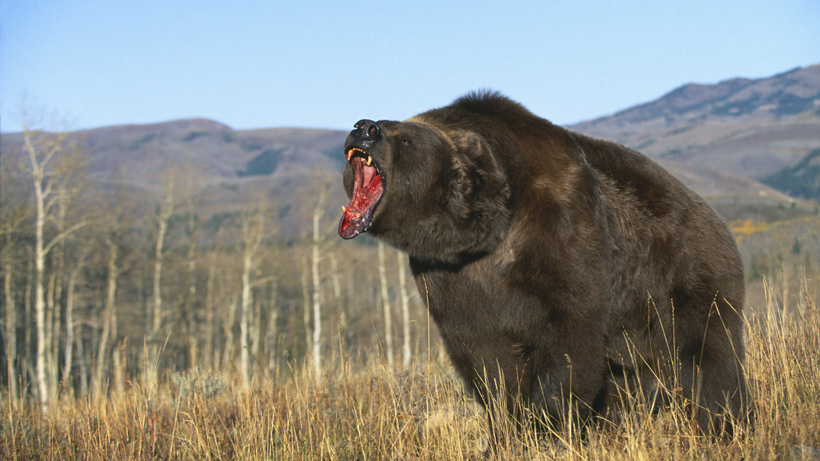 If you’re hunting in a confirmed grizzly bear territory, it’s essential to stay vigilant. Regardless, even those that do sometimes encounter bears when they least suspect them. Last weekend, a hunter was attacked near Columbia Falls, Montana while hunting on private timberland off Trumbull Canyon Road. According to Montana Fish, Wildlife and Parks (MT FWP), the man “was walking off trail in forested timber when he reported turning around as a bear attacked him.”

According to the report, the grizzly bit the hunter’s arms and yanked him by the leg “approximately 7-8 feet” before fleeing. Fortunately, the man’s hunting partner was able to contact authorities and the victim was airlifted to safety.

MFWP’s Wildlife Human Attack Response Team (WHART) were on the scene along with Two Bear Air Rescue, North Valley Search and Rescue, Flathead County Sheriff’s Office and ALERT Air Ambulance. Upon a thorough investigation, which included “on-site visits, victim interviews, evidence collection and analysis,” the agency concluded that a “surprise encounter” was the reason behind the attack and decided not to take any action against the bear.

MFWP also has some general tips for staying safe in bear country, which can be found here.

Hey Derek. Thanks for the heads up. Sorry about that confusion, I also use the acronym as MT FWP. I'll let Kristen know about this.

Too many bears. We need to eliminate a large portion of the bears so that hunters and people recreating in the woods can do so without the added risk. Montana fish and game is spending a lot of money and time on bears, which does not benefit us hunters. Hunters now face potential liability for killing a bear in defense because Montana fish and game is treating it like self-defense case. This is a bear, not a human. Kill the bear if it gets to close and go on because that is one less moose calf or elk calve being eaten.

Just a heads-up. In both this article and the caribou sighing article in Montana you list the Montana Fish Wildlife & Parks acronym as MFWP. I'm pretty sure in Montana they'd write MT FWP. Thanks for the great articles!

My brother happens to work with the wife, and knows the guy who was attacked. They live and play in that area. Says nothing is life threatening, but still not doing incredibly well and will have a long recovery. In case anyone is wanting to support a fellow hunter/outdoorsman in his recovery, here is a link to the gofundme page that has been set up (if that is allowed on the site). www.gofundme.com/anders-broste-recovery-fund