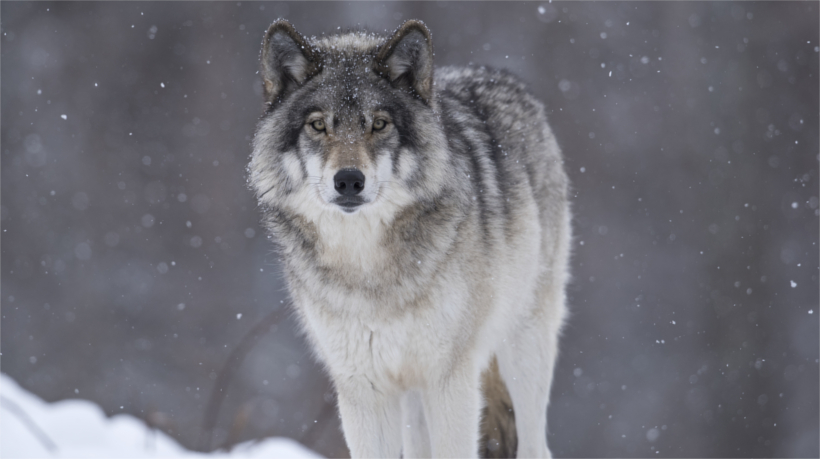 Here’s some howling Halloween news: scientists are busy cryogenically freezing Mexican wolf sperm and ovaries in an effort to preserve pure genes of this endangered species. While the U.S. Fish and Wildlife Service has worked to reintroduce the Mexican wolves into the wild in both New Mexico and Arizona – much to the chagrin of livestock ranchers – wildlife reproductive scientists continue to stockpile Mexican wolf genes to bring the apex predators back into a sustainable population.

According to the Albuquerque Journal, there are currently 251 wolves that have been bred in captivity, proving a successful experiment, considering all are from an initial captive population of only seven wolves. Dubbed the “frozen zoo” by researchers involved with the project, the wolf sperm and ovaries are kept in two cryogenic vaults at the St. Louis Zoo in Missouri and Chapultepec Zoo in Mexico City.

“Right now, our mandate is to preserve genes,” Cheryl Asa told the Albuquerque Journal. Asa is a reproductive physiologist who was in charge of the research program at the St. Louis Zoo for the past 30 years. She currently serves as a consultant to the gene preservation project. “This is looking into the future so that, as animals die who are genetically important to the species, their genes live on.”

While opponents to the reintroduction of Mexican woves argue that an increase in the apex predator to the current landscape is detrimental to both domestic livestock as well as wild elk and mule deer, supports believe that a natural balance is needed.

“These ecosystems evolved with predator and prey,” says Garrett VeneKlasen, who serves as executive director of the New Mexico Wildlife Federation. “It’s a system of checks and balances. If we want to get our wildlife as healthy as it can be, we need to have all these species in adequate numbers on landscapes that can handle it.”

While reintroduction efforts continue, accumulating a surplus of pure Mexican wolf genes does give some hope for a recovery. Even those bred in captivity don’t always make it when released in the wild.

“Assisted reproductive technologies are improving all the time,” Mexican wolf survival plan coordinator Peter Siminiski told the Albuquerque Journal. “Our thinking back in the 2000s was, ‘we’re going to start banking as soon as we can.’ The time will come that these technologies will be available.”