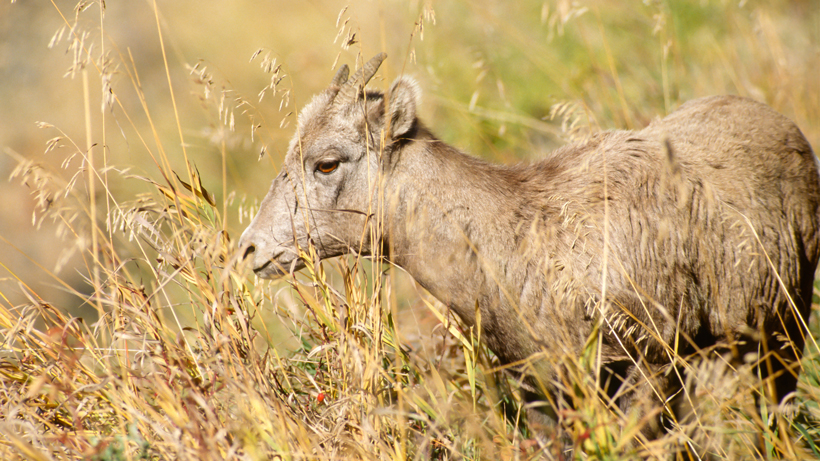 Bighorn sheep shouldn’t be collected like stray cats. However, one man did just that after discovering a young lamb he said was “acting out of sorts,” according to the Jackson Hole News & Guide.

The short-term resident from Florida who did not want to be named collected the young bighorn sheep on Flat Creek Road just beyond the National Elk Refuge boundary in Wyoming on Saturday, Aug. 21. A cellphone video showed the man’s dog “bouncing around” and “licking” the bighorn sheep as it laid on the ground. However, when Wyoming Game and Fish Department (WGFD) warden Kyle Lash investigated a report of the “potentially illegal animal possession,” he didn’t discover any actual “purposeful wrongdoing.”

“To be consistent with past cases, a warning was issued on this since I couldn’t prove the malicious act,” said Lash. “I said, ‘What happened?’ and he said, ‘I think it lost its mom.’”

The man planned to keep the lamb because WGFD’s office was closed over weekend; however, his friends urged him to return the “months-old ungulate” to where he had found. Lash reviewed cellphone videos that proved the man did indeed return the lamb to the area.

“He showed me a video of him releasing it, saying, ‘Go find your mother!’” Lash said. “I was able to determine he had possession of it for about an hour and a half.”

While the man only had the animal for a short period of time, it was long enough for a photo to make the rounds of the lamb lying on a couch beside the man as he used his phone. 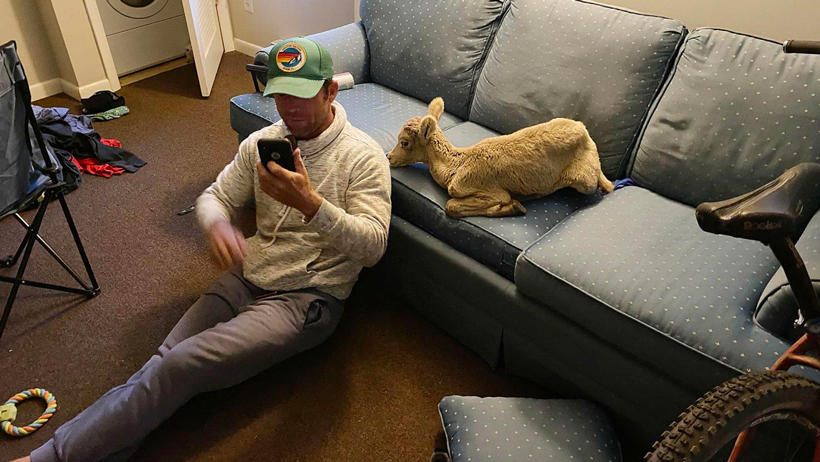 While the man’s intentions may have been good at heart, it’s best to leave wildlife alone especially if it’s acting funny or sick.

“If you find wildlife, don’t approach it,” said Lash. “Documenting with GPS points and giving us a shout would be the best.”

“We get a lot of these,” he added, “and I think everybody just wants to help.”