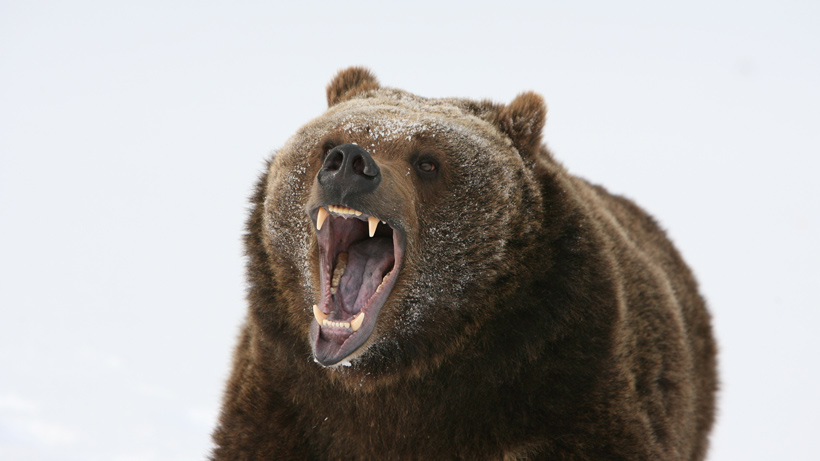 A grizzly bear is dead after charging Gjermund Roesholt just outside his cabin on Monday afternoon in the Yukon. Roesholt was returning home after a day of trapping near Einarson Lake, which is about 300 miles east of the Alaska border, near the Yukon-Northwest Territories border, according to the Yukon News, when the grizzly bear attacked. While Roesholt was able to shoot it dead about 300’ from his cabin, his wife and 10-month-old child were not so lucky. When he entered the cabin, he found the bodies of his wife, Valérie Théorét, and daughter, Adele Roesholt. Authorities believe that the grizzly bear that charged Roesholt just outside his cabin is the same bear that attacked and killed his family, USA Today reports.

According to a statement provided by the Royal Canadian Mounted Police, Théorét and her daughter were attacked between 10 a.m. and 3 p.m. Coroner Heather Jones says “the victims were likely going on a walk outside the cabin when the incident occurred.”

The area where the cabin is located is extremely remote and the family had been living and trapping there for three months prior to the attack. Fellow trapper Brian Melanson told the USA Today that “while he had only met the couple a few times, it was clear that they were “competent bush people.’”

The investigation has been turned over to police. Environment Yukon will be performing a necropsy on the bear, according to the Yukon News.

Wow very sad. Prayers to Roesholt that would just horrific to find that and to deal with. The nature of the beast I guess. So is there a food shortage with high numbers of bears that might have caused the attach? One can only speculate I guess.

How horrible. My prayers to this man and their family as they grieve horrific loss. @DaveG, thanks for sharing that bit of area specific feedback.

So unfortunate! I pray for this man's sanity. Damn Grizzlies need to be wiped out!

Jim Shockey has provided a wealth of information about this area and the problem caused by not managing the grizzly bears properly. He continuously has asked the government to increase the quota for grizzly bears in this very area and they have not. Unfortunately we can never know if one is related to the other, but he contends there are way too many bears in this remote area.