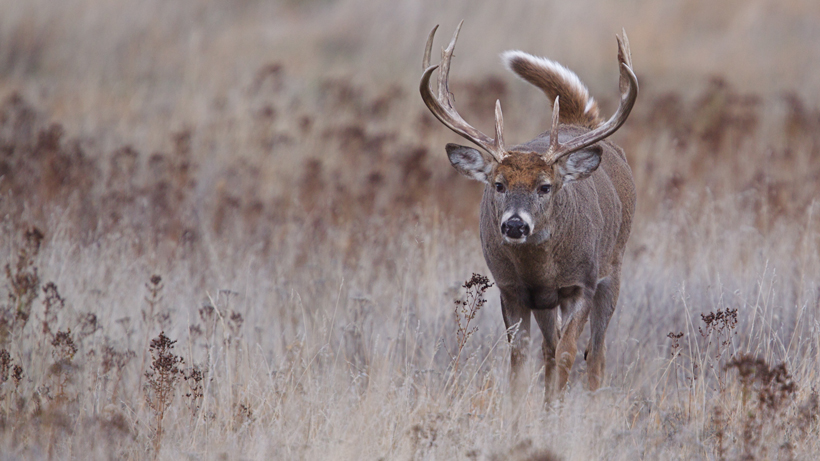 A South Dakota man has been charged with poaching a trophy whitetail deer last fall. Dugan Traversie shot the buck at the Timber Lake Elk Ranch. The case reverberated through both the hunting and tribal communities because the land where the buck was killed is private; however, it’s next to tribal land where a hunting license is required from the tribe. Traversie is “an enrolled member,” according to the Capital Journal, but hunting season wasn’t open and Traversie “shot the buck from outside the fence of the private ranch.”

Last week, Traversie was sentenced to “a year of probation, a year without hunting” and was ordered to pay $9,000 in restitution to the Timber Lake Elk Ranch. While Traversie showed remorse for his crime during the sentencing, the chain of events that led to it shows a different story.

According to the Capital Journal, on Oct. 28, Traversie shot the buck (while on tribal property) through the fence. He retrieved the head of the buck and “threw it back over the fence” before he “tied it up underneath a bridge nearby.” Further, once the head was smuggled out of the ranch, Traversie posted a photo of himself with the head of the “whitetail buck with a freakishly huge set of antlers” on social media. That post received a ton of comments and easily linked him to the case. 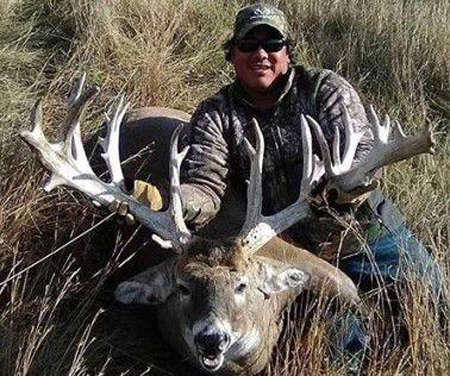 Dugan Traversie with the whitetail deer he poached on a ranch in South Dakota. Source: Capital Journal

“I am very, truly, truly sorry for poaching the whitetail deer when it wasn’t deer season,” Traversie told U.S. Magistrate Judge Mark Moreno. “I just ask for the opportunity to prove to this court that it will never, never happen again.”

While high fence hunting may be considered controversial, the ranch already had clients lined up to pay $25,000 to hunt that particular buck once the season opened in early November. When the ranch couldn’t locate the buck, employees searched the property and eventually “found the decapitated body where Traversie left it,” according to the Capital Journal.

Traversie did fully cooperate with police during the investigation and provided the head to authorities.