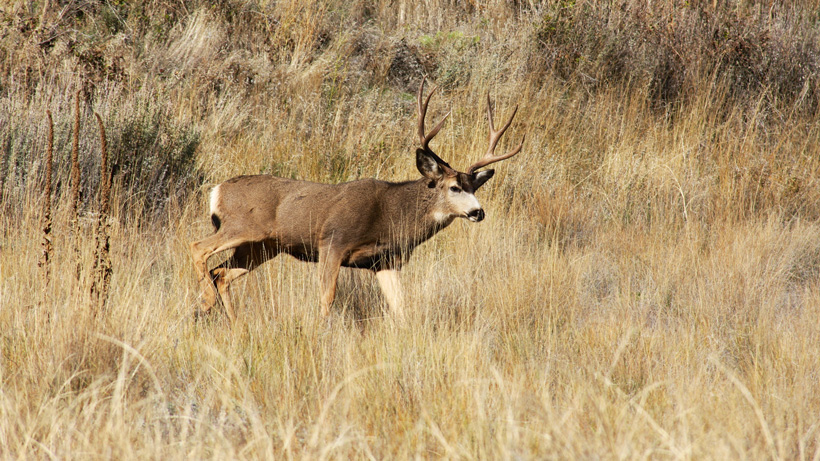 What do a stolen rifle and a poached mule deer have in common? Louisiana resident Matthew Stephen Hays. Hays was sentenced to 15 months in prison with three years of supervised release following a recent conviction of stealing a firearm in 2014 and using the weapon to illegally kill a mule deer buck in Montana last year, the Billings Gazette reports.

While investigating deer poaching in Eastern Montana last January, Montana Fish, Wildlife and Parks (MFWP) wardens spotted a “small pickup, heard four shots and saw the truck drive away” on Sheep Mountain Road. When the wardens arrived at the shot location, they “found a mule deer buck thrashing in sage brush about 150 yards from the road,” according to the Billings Gazette. The deer was soon dead due to multiple gunshot wounds.

Four days later, wardens were able to nab Hays after his truck was spotted in a Baker parking lot with deer antlers in the back along with a rifle and some ammunition. Caught red-handed, Hays confessed to shooting the buck with his .22-caliber rifle. However, wardens found a second firearm in the truck, which prompted Hays to tell the warden about his prior felony conviction.

The case was part of Project Guardian, the U.S. Department of Justice’s new initiative aimed at reducing gun violence and enforcing federal firearms laws. It was also part of Project Safe Neighborhoods – the goal of which is to reduce violent crime. Because of the nature of the crime (stolen firearms and poached animals), the case was investigated by the Bureau of Alcohol, Tobacco, Firearms and Explosives, according to the Billings Gazette.