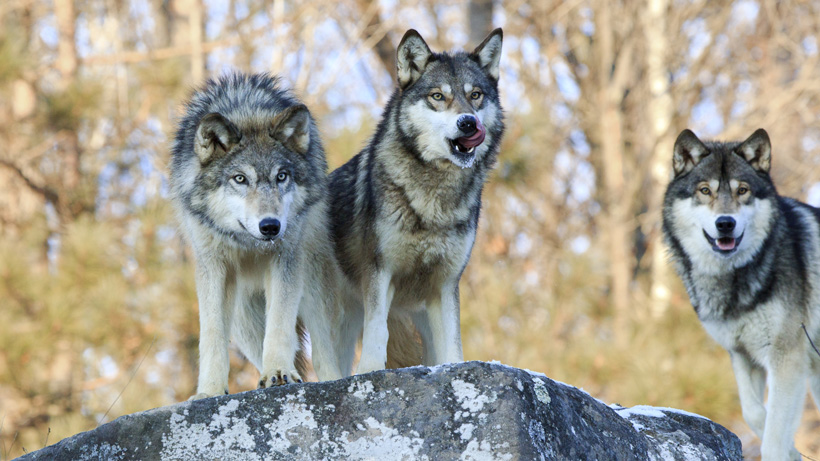 A new bill proposed by Wisconsin lawmakers is angering wolf supporters. The bill, which was proposed by Republican lawmakers, essentially, stops the state’s wolf management protocol and would “force police to ignore wolf killings” as long as they retain federal protections, according to the Chicago Tribune.  Reps. Adam Jarchow, Mary Felzkowski and Romaine Quinn and Sen. Tom Tiffany are co-sponsors of the bill.

The memo outlining the proposed legislation states that the wolves “have taken over northern Wisconsin” and that “they are depredating our deer population, killing livestock and attacking family pets,” the Chicago Tribune reports. In fact, wolf numbers are up. In 2016, goHUNT reported that wolf populations increased by 30% in just two years and experts suggest that numbers will only continue to increase.

Pro-wolf groups like the Endangered Species Coalition, the National Wolfwatcher Coalition and Friends of the Wisconsin Wolf and Wildlife are against the bill. They say that it “would legalize wolf poaching” to such an extreme level that the animals could completely disappear from the state. As goHUNT previously reported, in August, after months of deliberation, a federal appeals court ruled that gray wolves that live within Wisconsin, Michigan and Minnesota will retain full protections under the Endangered Species Act. It was a unanimous ruling, which determined that “the government acted prematurely when it dropped the animal from the endangered species list,” according to NBC News.

The proposed bill stipulates that if President Trump removes the Great Lakes wolves from the federal endangered species list, then it would no longer apply.

“Congress has proven to be unable to pass this simple bill to save Wisconsinites from wolves running rampant throughout our state,” Jarchow, Felzkowski, Quinn and Tiffany wrote in their memo, according to the Chicago Tribune. “Something must be done. If Congress won't act — we will!”

Whether the proposed bill will move forward remains undetermined. Stay tuned to goHUNT for further updates.