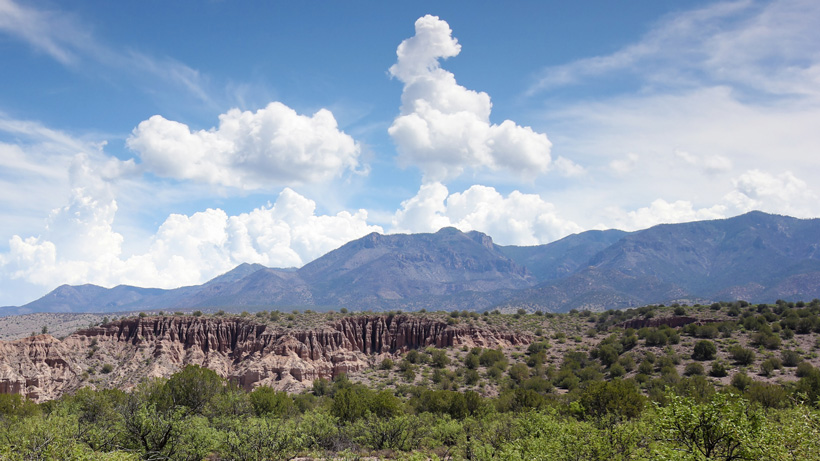 The Sabinoso Wilderness is no longer landlocked.  The remote wilderness in San Miguel County, New Mexico is home to prime elk, mule deer, turkey and Barbary sheep habitat, but was inaccessible to hunters and other outdoor recreationists because the surrounding land was private property. Last week, the Interior Department decided to accept the 3,595-acre donation by The Wilderness Land Trust, allowing public access to the federally-protected land for the first time through a road that was otherwise unavailable.

The $3.1 million gift of the Rimrock Rose Ranch to the U.S. Bureau of Land Management opens up access to the 16,000-acre Sabinoso, which was designated as wilderness in 2009. The gift requires the government to “extend wilderness protections” to the donated land, which “restricts development and natural resource extraction, such as mining, and prohibits certain modes of travel, such as off-road vehicles and mountain bikes,” the Santa Fe New Mexican reports.

“I originally had concerns about adding more wilderness-designated area,” said Interior Secretary Ryan Zinke, “however after hiking and riding the land it was clear that access would only be improved.”

Sportsmen and women have been supportive of opening up the Sabinoso Wilderness for a long time. In fact, thousands signed a Backcountry Hunters & Anglers (BHA) petition in support of the Rimrock Rose Ranch donation to open access to the wilderness area.

“Today was a good day for public access,” said BHA President and CEO Land Tawney in a press release. “A deal has been signed to expand and provide access to the Sabinoso Wilderness, which until today was the only inaccessible wilderness in the United States. Senator Heinrich and Senator Udall deserve major kudos for their unwavering doggedness to get this project across the finish line. Secretary Zinke deserves credit for listening to hunters and recognizing a good deal for all Americans. The generous landowner who made possible this victory has set an example for others to follow. Finally, sportsmen and women deserve credit for raising their voices. We have been heard. Let’s go hunting!”