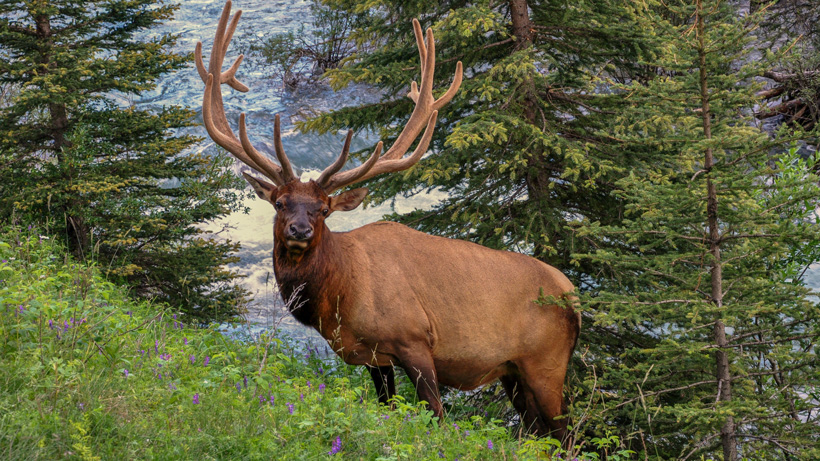 Kentucky recently sent 60 elk to northern Wisconsin as part of a relocation effort to reintroduce the animals to the Badger State. This is the fourth and final year elk will be relocated and the last 60 are currently in quarantine, awaiting their release, WHBL.com reports.

“It was another great year, with many key partners including the Kentucky Department of Fish and Wildlife Resources, Rocky Mountain Elk Foundation, Great Lakes Indian Fish and Wildlife Commission, Flambeau River State Forest, U.S. Forest Service and others all coming together to make the effort possible and successful,” said Kevin Wallenfang, Wisconsin Department of Natural Resources (WDNR) elk ecologist and elk reintroduction coordinator. “Adding more than 60 elk this year means we are approaching 300 elk in the northern herd.”

This is the second year elk have been released into the Clam Lake elk range as, according to WHBL.com, relocation efforts concentrated on the “original northern herd” that roams Ashland, Bayfield, Price, Rusk and Sawyer counties and “originated from 25 Michigan elk.” Recent relocation efforts added another 31 elk to that region in 2017.

In March, 48 adult elk were brought from Kentucky to the quarantine pen and, in the spring, gave birth to calves, resulting in 60 animals. According to WHBL.com, the original quarantine period was extended to “allow calves recently born to grow” and so WDNR can complete additional testing.

“As occurred in 2015, we had one elk test as a ‘suspect’ positive for bovine tuberculosis, which requires us to extend the quarantine period while definitive testing of this elk is completed,” said Wallenfang. “All the elk tested negative prior to coming to Wisconsin, and we’ve seen this before. As was the case in 2015, the most likely result is that this elk is negative for bovine TB. The results on this animal should be back in August. Pending clearance, the herd will be released into the wild.”

All of the awaiting elk have tracking collars, including newborn calves. Biologists plan to gather data on movements, habitat and survival.