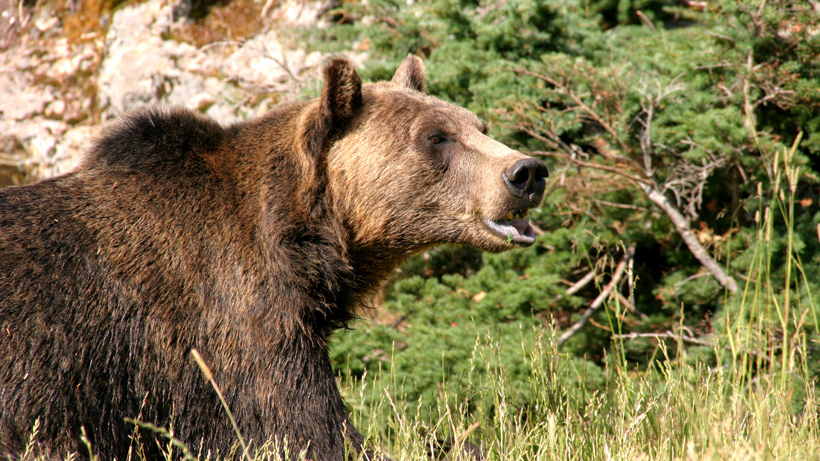 Yesterday, in a landmark ruling, U.S. District Court Judge Dana Christensen restored federal protections to Yellowstone grizzly bears. He had previously issued a temporary order that blocked the first Lower 48 states’ grizzly bear hunt in 44 years on Aug. 31, stalling the season opener. Now, his ruling cancels the hunts that were slated for Wyoming and Idaho. In his decision, Christensen says that the federal government neglected to “use the best available science” when it made its decision to remove the bears from the threatened species list last year, National Public Radio reports.

While ranchers and others that live within the Greater Yellowstone Ecosystem (where nearly 700 grizzly bears live) supported the delisting and the proposed hunts, others were vocal in their opposition to the U.S. Fish & Wildlife Service’s (FWS) decision. In fact, six separate lawsuits were filed regarding the delisting and proposed hunts, resulting in Christensen ordering them to be combined into one case.

“Although this Order may have impacts throughout grizzly country and beyond, this case is not about the ethics of hunting, and it is not about solving human- or livestock-grizzly conflicts as a practical or philosophical matter,” Christensen wrote in his ruling.

He questioned whether FWS overstepped its legal authority in their push to delist grizzlies. The plaintiffs, which included the Sierra Club, the Center for Biological Diversity, and Native American groups like the Crow Indian Tribe, argued that delisting the bears in one spot could threaten grizzly bears living in other locations in the Lower 48. After listening to the case, Christensen agreed with the plaintiffs and ruled that FWS could not “split up the grizzly population into smaller segments without considering the health of the species as a whole,” according to Montana Public Radio.

“The significance is that now grizzly bears truly have a chance to recover. And their habitat will be protected until they're recovered. And that’s essential," said Mike Garrity, executive director of the Alliance for the Wild Rockies.

Following Christensen’s ruling, FWS spokesperson Jennifer Strickland said, “In light of the court’s ruling, management of these grizzly bears returns to the federal government, and we will work with the state and tribes to ensure that this transition proceeds in accordance with the court’s order.”