Is recovery slowing for Oregon wolves? 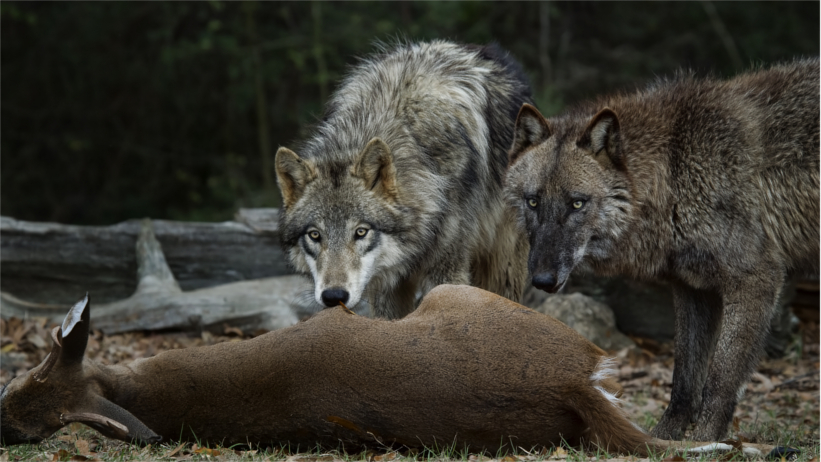 The Oregon Department of Fish and Wildlife (ODFW) recently completed its 2016 wolf count with surprising results. Last year, wildlife biologists confirmed 110 wolves within the state; this year’s tally only found 112. With just two more confirmed wolves, ODFW described 2016’s growth rate as “weak” with a “sharp drop from the 27% to 36% growth rates the previous three years,” The Portland Tribune reports.

While this stalled growth may be troubling, ODFW doesn’t believe recovery is faltering…at least, not yet. What it does suggest is that wildlife population counts may not always show the full picture. Russ Morgan, ODFW's wolf program manager, told The Portland Tribune that the low numbers are likely a "byproduct of our counting methodology." Morgan says that wolves cannot be included in the count without a confirmed sighting – something that can be difficult since wolves can be stealthy. In fact, Morgan adds, this method of counting is actually, “very conservative.”

“You get what you get,” says Morgan. “It’s not the actual population, but the actual minimum. You know there can’t be fewer.”

ODFW is considering other methods of counting wolves rather than relying primarily on breeding pair counts; for example, estimating populations based upon known birth rates, according to The Portland Tribune. Some groups, like Oregon Wild, believe that the wolf pack populations have continually decreased and believe that ODFW’s push to pursue wolf hunting and trapping despite low numbers is part of the problem. The state, however, has yet to legalize this type of sport hunting. In fact, ODFW says that there are other factors that may have contributed to the drop in wolf populations, including exposure to parvovirus, which can impact pup survival rates, and human-wolf or livestock-wolf interactions that have to be dealt with lethally.