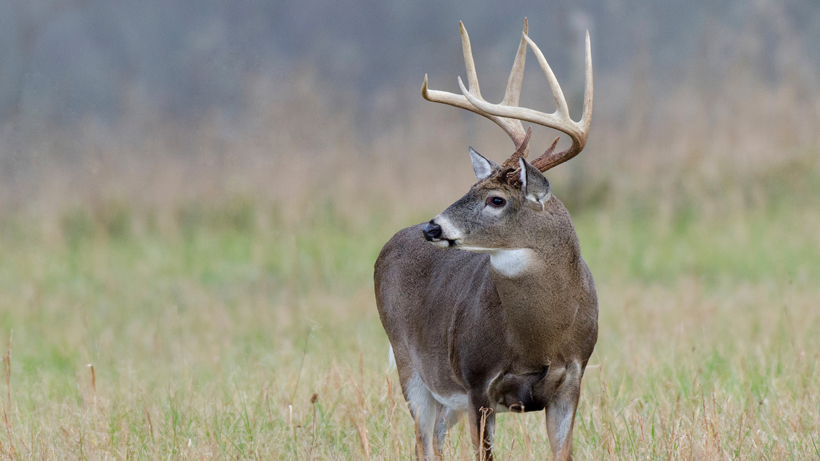 Epizootic hemorrhagic disease (EHD) is plaguing Iowa deer and has killed nearly 1,800 whitetail deer so far this year. The disease, which begins as a virus, attacks the heart and lung tissue, causing both to “weaken and burst,” according to the Des Moines Register. The majority of the deer impacted are in Warren County where 773 deer are already dead because of EHD and more are likely to follow.

“We know the number is going to be several times larger than what we have reported,” Warren County conservation officer Craig Cutts told the Des Moines Register. “We have probably lost thousands of deer. In fact, we know we have.”

While EHD isn’t a threat to humans and can’t be “transmitted by eating infected deer meat,” according to the Des Moines Register, it still has hunters and other residents concerned of its presence and has caused overall deer tag sales to decrease this year. For example, Jim Priebe, an avid hunter and director of the Warren County Conservation Board, has only bought one doe tag for this year rather than his typical three or four doe tags.

“I hunt in southern Warren County a little later in the year, and I’m afraid I'm not going to be able to put venison in my freezer this year,” said Priebe.

So far, only 130,487 deer tags have been sold, according to the Iowa Department of Natural Resources (IDNR) officer Richard Smith, compared to 143,966 last year. Overall doe tag sales, which IDNR uses to help manage deer population, are also less than prior years. Last year, doe tags were sold out by October; right now, 600 remain of the available 2,700 for Warren County, the Des Moines Register reports.

EHD is spread by infected biting midges (tiny flies) that breed in mudflats around watering holes. Deer try to “combat the high fever and dehydration” caused by EHD by drinking water, but are usually dead “within a few days of infection,” according to the Des Moines Register.

Cutts believes that the uptick in EHD is a result of an increase in overall deer population, which has steadily grown in number since 2014. And, because it’s not a disease that deer have to deal with every year, “herds do not build up a resistance,” said Priebe.

“The deer herd can recover from this, but if we had another year where we had the same conditions, we might end up with a very low population for a number of years,” said Priebe. “If everything else stays stable, that deer population will pop back within two to three years.”