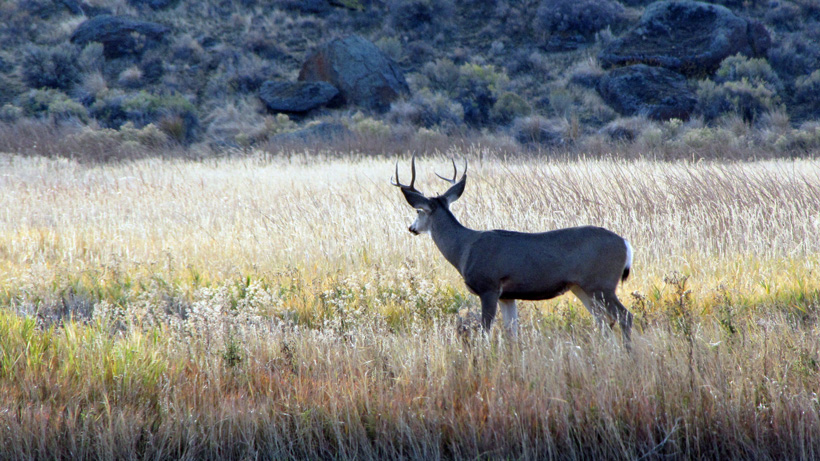 The Idaho Department of Fish and Game (IDFG) has a reminder for all hunters: do not bring deer, elk, moose or caribou carcasses, spines or brain matter into Idaho from areas with known chronic wasting disease (CWD). In 2018, lawmakers made it illegal to “bring any portion of spine, brain and other nervous system tissues from CWD-positive states or provinces in Canada,” into the state, according to the agency.

CWD is transmitted through prions, is extremely contagious and always fatal. Regardless, IDFG recently responded to three different incidents where hunters brought whole deer carcasses or deer heads from CWD-positive states into Idaho.

In one incident, IDFG responded to a Montana Fish, Wildlife & Parks alert that “a potentially CWD-positive deer was harvested in Montana” by an Idaho hunter. When IDFG contacted the hunter, it was discovered that the entire deer carcass was indeed brought into the state and both were “disposed of in a landfill.”

In another incident, four hunters brought seven Nebraska deer carcasses through Wyoming and into Idaho. IDFG was notified by a citizen “who watched the pick-up truck loaded with the deer cross state lines.” IDFG allowed the hunters to “remove the meat and antlers” before disposing of the brain and spinal tissues in an approved CWD landfill.

Both of the above incidents resulted in warnings without any additional fines or punishment.

However, there is a third incident in the Panhandle Region where IDFG is investigating multiple cases of hunters transporting mule deer heads from deer harvested in Montana to northern Idaho taxidermists. Should these hunters be found in violation of the current CWD rules, they will be charged with a misdemeanor and could pay fines between $25 and $1,000, have their hunting and fishing privileges suspended for up to three years and be sentenced to up to six months in jail.