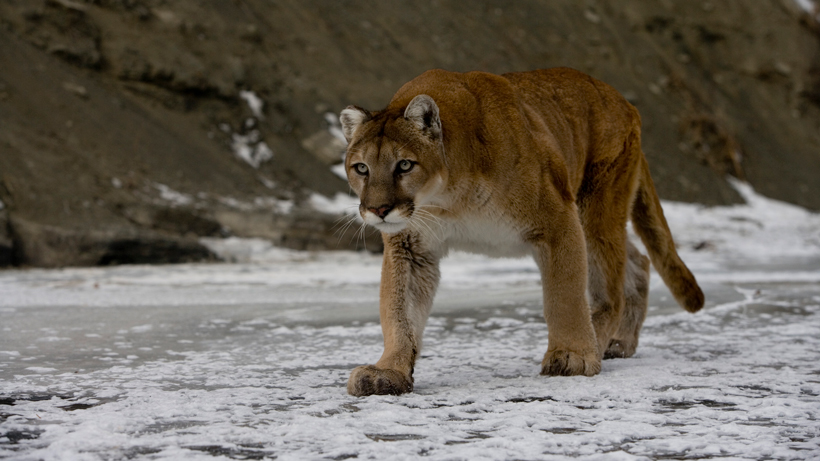 If you live in the Wood River Valley of Idaho, you might spot a mountain lion – even in broad daylight. The Idaho Department of Fish and Game (IDFG) has received multiple daily calls about sightings across this region with specific emphasis in Ketchum and Sun Valley, where IDFG has confirmed footage “of the big cats taking daytime strolls,” the Idaho Mountain Express reports.

While there haven’t been any specific issues yet, some mountain lions have already had to be hazed away from daytime resting places – with one report including two juvenile mountain lions hanging out under a deck in Warm Springs. IDFG spokesman Terry Thompson encourages residents to be careful and not approach the animals as it “could easily turn into a conflict situation.”

“That is not the secretive, nighttime lion behavior that is typically exhibited. They’ve been right out in the open in the middle of the day,” said Thompson. “Just because you’ve heard that lions are out at night, sneaking around in the bushes—well, these guys did not read that book.”

According to the Idaho Mountain Express, the reports from Ketchum and Sun Valley residents include a female lion with two kittens although other reports include a single adult lion.

“To ensure that chances of conflict are minimized, residents are encouraged to be vigilant of their surroundings when engaged in outside activities,” IDFG stated. “Parents should supervise the children when playing outside. Pet owners should keep their pets on leash when out walking, both in neighborhoods and on area trails.”

Basically, IDFG wants to ensure residents are aware of the mountain lions’ presence and take the necessary precautions to stay safe. These include bear spray, airhorns and bright flashlights.

“We want to give Ketchum residents a definite heads-up about their presence, because the lions are very, very active right now,” Thompson said. “At the same time, we don’t want to cause alarm. We also want to be careful about not giving out ‘hot spotting’ locations that could inspire people to go search them out.”

Should you run into a mountain lion, IDFG says you should never run or turn away as it will “trigger its chase-catch instinct.” Instead, you should try to make yourself as large as possible and yell – not scream as that “may mimic the sound of a wounded animal” – at the mountain lion while facing it and slowing backing away. If attacked, definitely fight back.