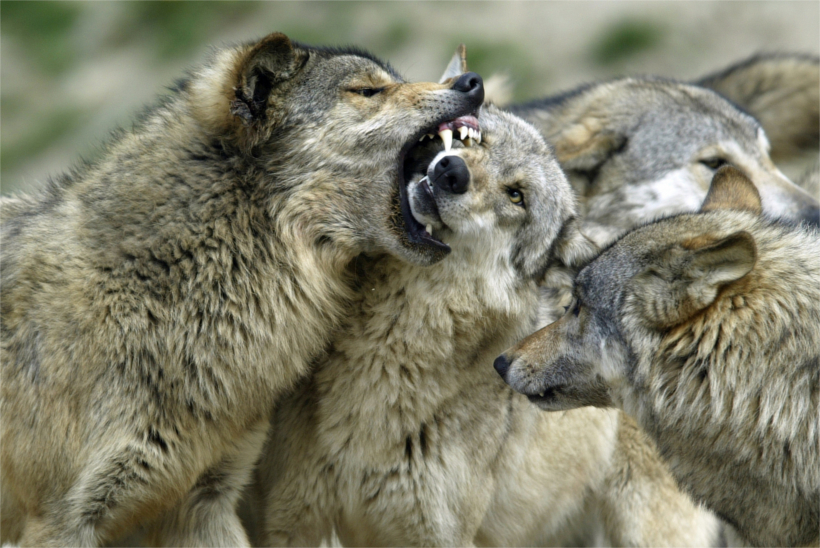 Hunters, be warned: if you’re in wolf country and you let your dogs run, they might not come back. At least that’s the message that Idaho Fish and Game (IDFG) official Greg Losinski is passing along after an incident involving four hunting dogs occurred near Moody Bench this month. The hound dogs were out tracking bears when their owner let them run. Wolves killed the four dogs that biologists say were most likely considered members of a rival pack.

“Wolves don’t see hound dogs as dogs but as other wolves. In their world, they kill the other pack that’s there. It’s not about emotions. It’s about survival. They’re programmed to do that,” says Losinski.

Wolves are incredibly territorial and, when threatened by other animals, will kill to alleviate the problem. IDFG has linked the wolves responsible to a wolf group called the White Owl Pack, according to The Standard Journal.  While it’s unfortunate that the dogs were killed, there’s really nothing IDFG can do aside from warn those who use dogs for hunting, especially since the dogs killed were not in someone’s backyard; they were running free in the wild.

“All we can do is alert people that Idaho is a wild place. When you go out there, things happen. Hopefully you’re in control,” says Losinski. “If you know there’s wolves in the area, we encourage hunters not to release their dogs in the area.”

While it is legal to shoot a wolf if a dog owner finds it attacking his pet, wolf hunting is only permitted otherwise during certain times of the year. Idaho has held a wolf season for the past five years. This year’s wolf season begins Aug. 30.