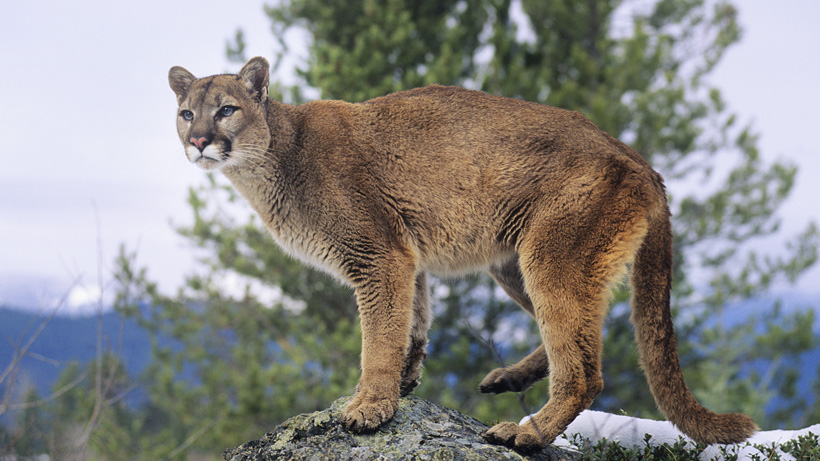 Idaho’s mountain lions play a bigger role in the overall mortality of elk than previously thought. Wolves have often been linked to poor elk calf survival rates; however, that blame may be misplaced. A new study, which was published in the Journal of Wildlife Management and analyzed 15 years of wolf and elk population data, The Spokesman-Review reports.

“Things are usually more complicated than one thing,” said Jon Horne, lead author of the paper and senior wildlife research biologist at the Idaho Department of Fish and Game. “But it’s sometimes really hard to show that.”

The study also identified harsh winters and lack of food as additional factors for elk calf survival—not just depredation. Yet, the finding that mountain lions killed slightly more elk than wolves was the interesting discovery. According to The Spokesman-Review, wolves were linked to “32% of identified mortalities for female elk” while mountain lions “accounted for 35%.” The difference was even greater when looking at elk calf survival: 28% of elk calf deaths were linked to wolves while mountain lions accounted for 45%.

“The one variable that mattered the most for calf survival was how big it was,” said Horne, who acknowledged that the bigger the wolf pack, the larger impact on elk survival and added that was “by an amount that was not insignificant.” However, because mountain lions are typically solitary hunters, researchers couldn’t look at that same variable as they could with wolves.

Deep snow also had a great impact on elk mortality because, according to Horne, “snow makes for harder, longer winters” and “because wolves have an advantage in deep snow.”

Horne believes the study’s findings could also apply in Washington, Montana and Canada.

This study is the second one to be published by Horne that looks at wolf impact on wildlife in Idaho. In the previous study, which was also published by the Journal of Wildlife Management, Horne discovered that the average wolf pack size stayed about the same between 2005 and 2015, despite Idaho’s legal hunting season.