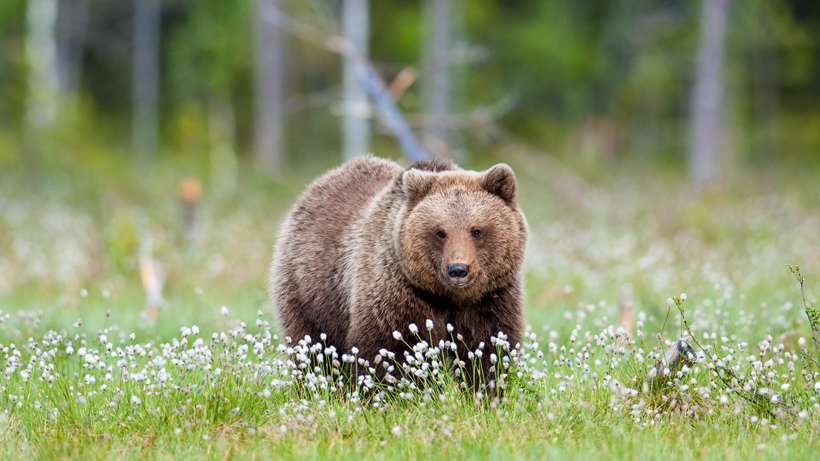 Grizzly bears are the focus of a new study this summer in the Island Park area of Idaho. Jeremy Nicholson, a bear biologist for the Idaho Department of Fish and Game (IDFG), will head up the research team, which will gather data on survival rates, habitat and food use, the Idaho State Journal reports.

Nicholson has 14 years of experience “studying, capturing, collaring and cataloging bears across the continent.” Prior to his role with IDFG, he studied black bears in the Great Smoky Mountains National Park and worked in Yellowstone National Park.

“It’s the awe factor that gets me with grizzlies,” said Nicholson. “Their big shoulder hump and size. It’s a different animal than black bears. It sounds like a dragon is in the trap.”

The capture and collar effort will target areas west of U.S. Highway 20 along the Centennial Mountain Range and in the Cave Falls and Teton areas near the Wyoming border, according to the Idaho State Journal. The team will set traps beginning July 1 and wrap up the capture/collar effort by the end of August so they won’t interfere with hunting season.

To keep people away from the targeted areas, Nicholson is putting out 25 to 30 bright orange warning signs so people will stay away. Then, the team will set up “four to five large metal traps” that will be baited to attract bears. Motion sensor cameras will allow the team to determine where the action is and Nicholson anticipates moving the trapping/baiting sites around as they figure out where the bears actually are.

Bears that have experience with metal traps typically avoid the baited setup.

“We definitely see bears that we never capture,” said Nicholson. “Some we don’t catch because they avoid the traps. We have to be a little smarter than the average bear and come up with different ways to attract them.”

During this particular capture/collar mission, IDFG hopes to collar a couple of females.

“By observing radio-collared females, we are able to document age of first reproduction, average litter size, cub and yearling survival, and how often females produce a litter,” Nicholson said. “Data collected from both sexes allow us to estimate survival among different sex and age classes, causes of mortality, and gain a better understanding of habitat use and food habits.”

Also, the collars and tags last longer on sows.

“[M]ale bears are rough on them,” said Nicholson. “We might only get a year on them. They get in fights with other bears and rub on trees.”