Idaho Senate passes bill to cut wolf population by about 90% 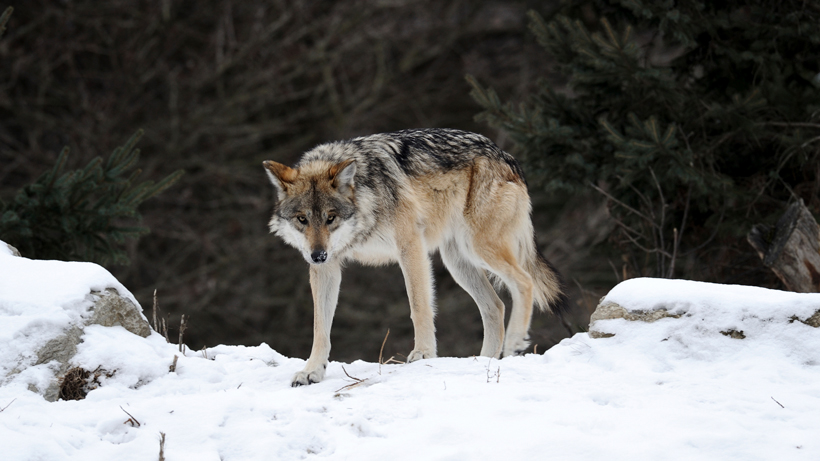 Last week, the Idaho Senate approved legislation that would eliminate 90% of the wolf population within the Gem State. It passed 26 to 7 and would allow Idaho to hire private contractors to reduce the total wolf population from 1,500 to 150 animals, the Associated Press reports.

“These wolves, there’s too many in the state of Idaho now,” said Sen. Mark Harris. “We’re supposed to have 15 packs, 150 wolves. We’re up to 1,553, was the last count, 1,556, something like that. They’re destroying ranchers. They’re destroying wildlife. This is a needed bill.”

According to the Associated Press, the Idaho Department of Fish and Game (IDFG) has reported a steady wolf population of about 1,500 animals over the past two years, keeping tabs of the roaming packs with trail cameras and other counting methods. While hunters, trappers and other “wolf-control measures” used by state and federal authorities have killed about 500 wolves each year for the last two years, the current population is well over the established objective currently stated in Idaho’s 2002 wolf conservation and management plan. That plan calls for 150 wolves and 15 packs.

Sen. Van Burtenshaw said that “the state is allowed to increase the killing of wolves to reach that level” and “if the wolf population falls below 150, the killing of wolves would have to be reduced.” Additionally, if state wolf levels fell to 100 or below, wolf management could be returned to the U.S. Fish and Wildlife Service.

“The purpose of this legislation is to control the population, not to wipe them out,” said Burtenshaw. “There’s never been any discussion in the working group of complete annihilation of the wolf population, or killing 90% of the wolves.”

If approved, other changes would increase the funding provided by IDFG to the Idaho Wolf Depredation Control board from $110,000 to $300,000, allow hunters to take as many wolves as they wanted (removing individual wolf tag limits) and combining the hunting tag with a trapping and snaring tag, according to the Associated Press. Wolf trapping would be allowed year-round on private land and hunters would be allowed to hunt the apex predators with ATVs, snowmobiles and “other methods allowed for animals classified as predators, such as coyotes.”

The bill will move on to the state House for consideration.