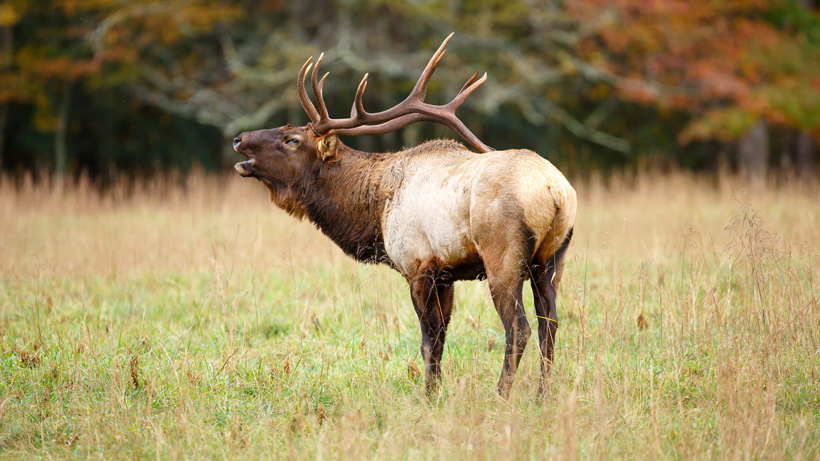 It’s not unusual for farmers to claim wildlife crop damage, especially when their agricultural fields are close to deer and elk herds. However, an Idaho farmer’s recent claim for elk damage exceeded $1 million. Don McFarland filed for $1.028 million in damages due to 500 elk eating his organic Kamut wheat and organic potato crops, “compacting the soil in the process,” at his Little Camas Ranch farm in Elmore County, Idaho, the Post Register reports. The payout, which the state honored, drained the Idaho Department of Fish and Game’s (IDFG) Expendable Big Game Depredation Trust Account that compensates farmers for wildlife depredation, resulting in a proposed new “payment cap” so that doesn’t happen again.

During the last legislative session, Sen. Bert Brackett (R-Twin Falls) introduced SB1151, which would keep depredation compensation funds from being used by a single claim. According to the Post Register, SB1151 would “place a cap on the amount paid on any single depredation claim to not exceed 10% of the annual appropriation for the big game depredation account.” While Brackett called McFarland’s claim an “outlier,” SB1151 means that farmers who have excessive damage due to elk, deer or other big game animals would only receive $110,000, which is the cap proposed for the annual appropriation of $1.1 million in the depredation account.

“I think the reality is that there are more elk in the ag interface than there were 10 years ago,” said Toby Boudreau, IDFG wildlife bureau chief. “Our dairy industry in Southern Idaho has been growing by leaps and bounds over the past decade, and their need for corn has grown with it.”

And, according to IDFG regional wildlife manager Mike McDonald, a lot of the farmland affected “lies at the heart of a migration corridor for elk and deer” like McFarland’s organic potato and wheat operation.

“You have this fantastic piece of property that’s located in a really cool area that has lots of ‘groceries’ and has lots of elk,” said McDonald.

While hazing methods and fencing were initially used to keep hungry elk and deer from these agricultural areas, IDFG discovered that sage grouse had difficulty navigating fences. This means that the next management method will be lethal. According to McDonald, this summer and fall, the agency “will aim to be more strategic in deploying lethal measures” in an effort to “cut back on depredation and reduce monetary claims.”