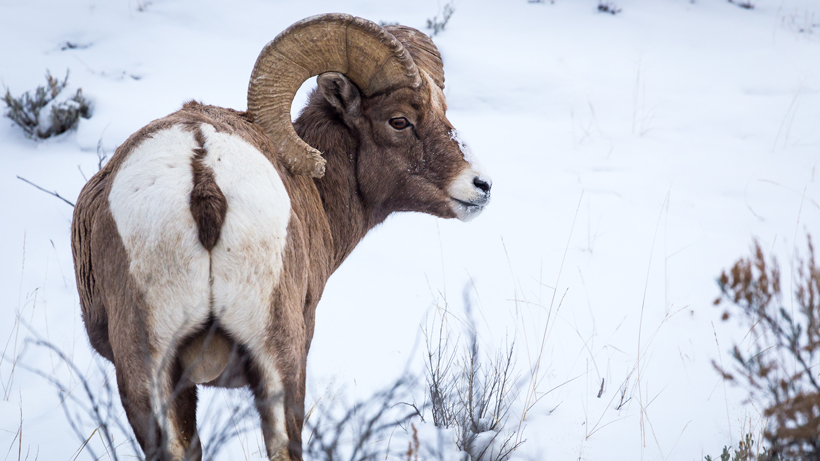 In 2017, an Idaho couple embarked on a hunt-of-a-lifetime, resulting in the harvest of a bighorn sheep in the canyonlands of Owyhee County. Susan Willmorth was guided by her husband, Joe Willmorth, after being the lucky hunter to draw the only bighorn sheep hunt tag allotted for Unit 40 – a tag 39 others applied for and didn’t win.

While Susan was successful in her quest for a bighorn sheep, one ram was apparently not enough for the couple. The Idaho Department of Fish and Game (IDFG) reported that Susan’s ram was harvested in late September; however, the couple returned to the remote area several days later because a bighorn ram known as the “old man” still roaming about – the ram they had set their sights on even after Susan harvested a different one.

According to IDFG, on Oct. 6, 2017, Joe Willmorth visited the agency’s Nampa office with a trophy bighorn sheep head and his wife’s proxy statement in order to have the horns measured and the identification pin inserted per Idaho law. Joe said that his wife had harvested the impressive ram on Oct. 1 and an IDFG staff member followed proper procedure, measuring and pinning the bighorn sheep and taking photos of the trophy head.

However, in February 2018, IDFG was notified that there was something fishy about the Willmorth ram and began to investigate. That resulted in a search warrant where officers seized the ram head that was checked in back in October as well as “a salted bighorn hide and several electronics,” according to the agency. Photos found on their cellphones showed two different rams, proof that the bighorn sheep pinned and measured by IDFG was not the only ram harvested during that particular hunt. While they were literally caught red-handed, both Willmorths continually “denied any wrongdoing” despite the mounting forensic and photographic evidence against them.

Eventually, they reached a plea agreement, which dismissed charges against Susan Willmorth. Joe Willmorth took an Alford pleas, which means that he didn’t plead guilty to any of the charges, but “acknowledged that the evidence would likely lead to a conviction,” according to the agency.

In November, Joe Willmorth was found guilty of the illegal possession of a bighorn sheep and was ordered to pay a $10,000 civil penalty along with processing fees, court costs and fines totaling $1,125. He will serve two years of unsupervised probation in lieu of a suspended six-month jail sentence and has his hunting, trapping and guiding licenses revoked for seven years in all states that honor the Interstate Wildlife Violator Compact.

While IDFG seized the ram checked in by Joe Willmorth on Oct. 6, the original ram killed by Susan Willmorth in late September has yet to surface.