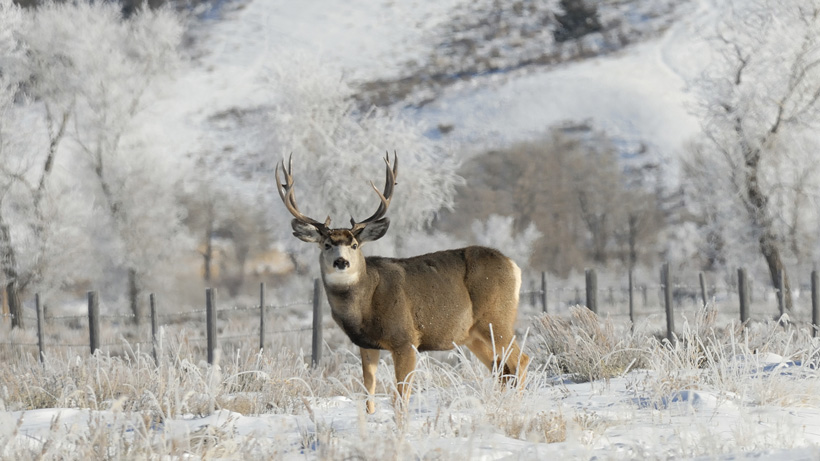 The first day of spring may be on Monday, but that doesn’t mean that warmer weather is here. In fact, Idaho Fish and Game (IDFG) is still maintaining 17 supplemental feeding sites in southern Blaine County, Idaho, servicing roughly 625 deer and 1,533 elk, according to The Idaho Mountain Express. While other native food sources have opened up in the area, allowing deer and elk to not solely depend upon the feed sites, IDFG plans to keep the feed sites operating as long as the winter weather continues.

The issue isn’t the number of feed sites or the number of animals currently using them. Instead, it’s the local residents trying to approach elk or deer at the feed sites, which causes the animals to flee (thus, using up any winter energy food storage) and those trying to feed the deer and elk that have IDGF officials concerned. While it’s technically not illegal to feed the animals, biologists caution those that try, emphasizing that the food at feed sites is specifically engineered for the animals’ caloric intake.

“We’ve had a lot of difficult issues going on this winter and we’ve tried to be as responsive as we can to the areas that were more critical,” IDFG spokesman Kelton Hatch told The Idaho Mountain Express. “We’re sorry if people feel their animals were neglected—we’re doing the best we can under the circumstances.”

Providing food sources in neighborhoods and other residential areas can cause destruction to landscaping and bring the animals further away from their natural routes.

“The county has not taken any measures to prohibit or inhibit feeding throughout the county but has worked with the [Fish and Game] department and supports the department’s guidance on these issues,” Commissioner Larry Schoen told The Idaho Mountain Express. “The No. 1 issue for people to keep in mind right now is these elk need to be left alone.”