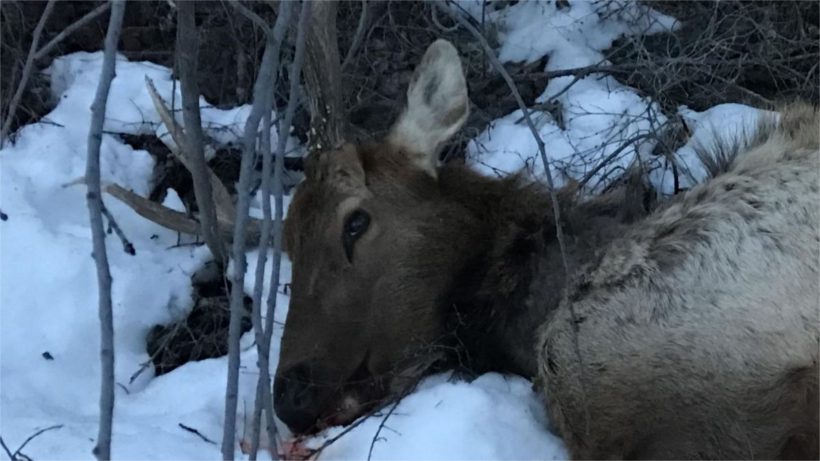 Idaho authorities are trying to track down the poachers that not only killed a bull elk on private land, but left the entire animal as waste. The elk, which authorities say was shot multiple times, was found on farm land near White Owl Butte, Idaho in early March; its antlers, hide and meat were left completely intact.

“This is not hunting. This is wanton killing,” Idaho Fish and Game (IDFG) Regional Conservation Educator official Greg Losinski told The Standard Journal. Losinski believes that the shooting wasn’t done by a single person; there are likely multiple culprits involved.

IDFG was tipped off by a local resident who reported the bull elk to authorities. Because the elk was found on White Owl Butte farm ground – an area popular for snowmobiling and antler hunting, according to The Standard Journal – Losinski hopes someone will come forward with more information on the crime. In fact, he is requesting that those who see anything suspicious take a photo with a smartphone and report it; smartphone photos usually provide GPS coordinates, which can be helpful to an investigation. Additionally, anyone with any information can report it anonymously by contacting IDFG at 208-390-0632 or calling the Citizens Against Poaching hotline at 800-632-5999.

“When they do this, they are criminal. They are not hunters,” Losinski told The Standard Journal. “That's an important distinction.”