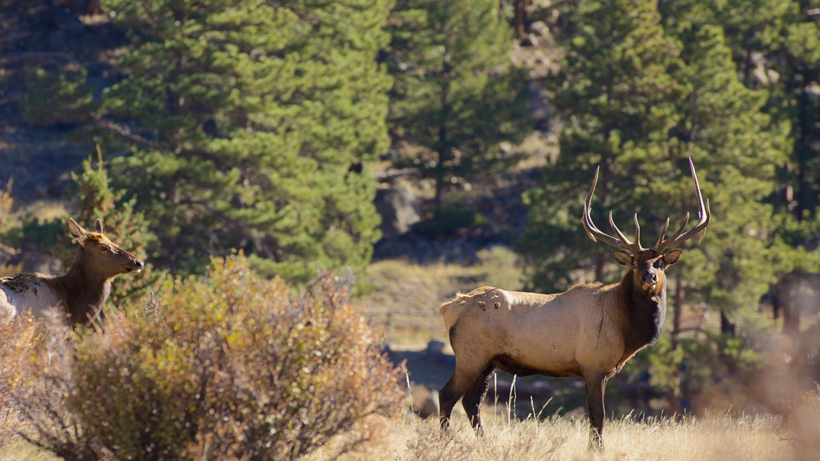 Thanks to a tip phoned into Idaho’s Citizens Against Poaching hotline, Idaho Fish and Game (IDFG) officers have apprehended two long-time elk poachers. Jonathan Blaschka and Charles McCall were charged with poaching elk during multiple seasons spanning September 2016 to September 2017. Both men will lose their hunting privileges, pay thousands of dollars in fines and restitution and serve time in jail, the Idaho State Journal reports.

“With an average patrol area of over a thousand square miles, Idaho conservation officers cannot be everywhere at once,” IDFG Conservation Officer Jon Hunter said in a statement. “We depend on ethical hunters to be our eyes and ears in the field and encourage them to report illegal wildlife activities.”

Thanks to an anonymous tip, investigators were able to link Blaschka and McCall to the poaching incidents, which, according to the Idaho State Journal, resulted in the seizure of a firearm, cell phone, elk antlers and elk meat from Blaschka’s home. The cell phone held multiple bragging texts regarding the illegal elk kills.

According to the Idaho State Journal, Blaschka was charged with seven wildlife violations, including “two counts of poaching a bull elk, two counts of possession of an illegally-taken bull elk, poaching a cow elk, possessing an illegally-taken cow elk” and using another person’s elk tag. He was sentenced to 30 days in jail and $9,000 in fines, court costs, processing fees and restitution. He loses hunting privileges for four years and will be on probation for another two years.

His accomplice, McCall, lost hunting privileges for a year and was fined $1,380.