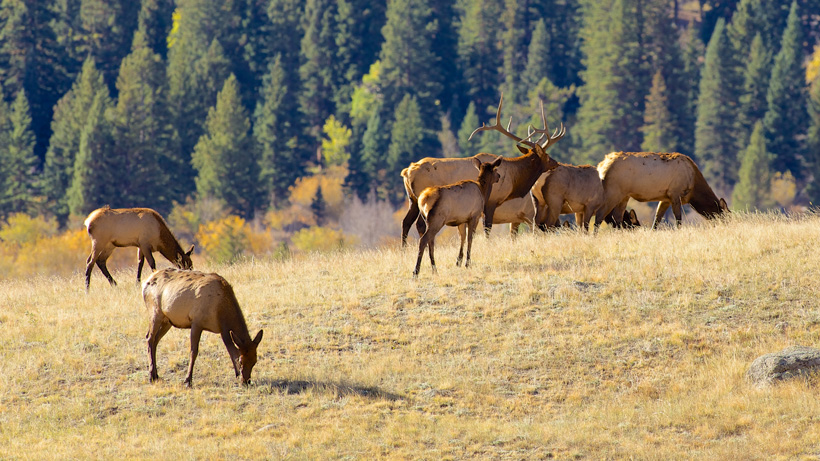 It’s an unfortunate truth: too many elk on agricultural land in Idaho cause a lot of crop damage, resulting in the need to manage elk in these areas. However, while necessary, the ways in which the Idaho Department of Fish and Game (IDFG) has decided to manage elk has been met with criticism and scrutiny by many.

The latest elk depredation study will begin this fall and calls for hazing and nighttime sharpshooting by IDFG employees, The Idaho Statesman reports. Unlike the prior depredation study, which angered hunters as hired sharpshooters killed elk north of Shoshone and across the Magic Valley region to change their behavior and force elk to leave private property, this one will allow for some hunter participation – though Mike McDonald, IDFG’s regional wildlife manager for the Magic Valley Region, said “it’s not yet clear to what extent.”

“Large portions of the area are privately owned,” McDonald said. “… So the number of hunters we get (to participate) — we hope it’s a lot, but it depends on the agreements in place (with the landowners).”

Within the targeted area, elk numbers are over objective. And IDFG “has repeatedly pointed to a clash between growing agricultural operations in the Magic Valley” due to this flourishing elk population, according to The Idaho Statesman. However, unless landowners agree to allow hunters on their property for this purpose, participation opportunity could be very limited.

The agency plans to also relocate some of the elk to other parts of Idaho “where elk populations are struggling.”