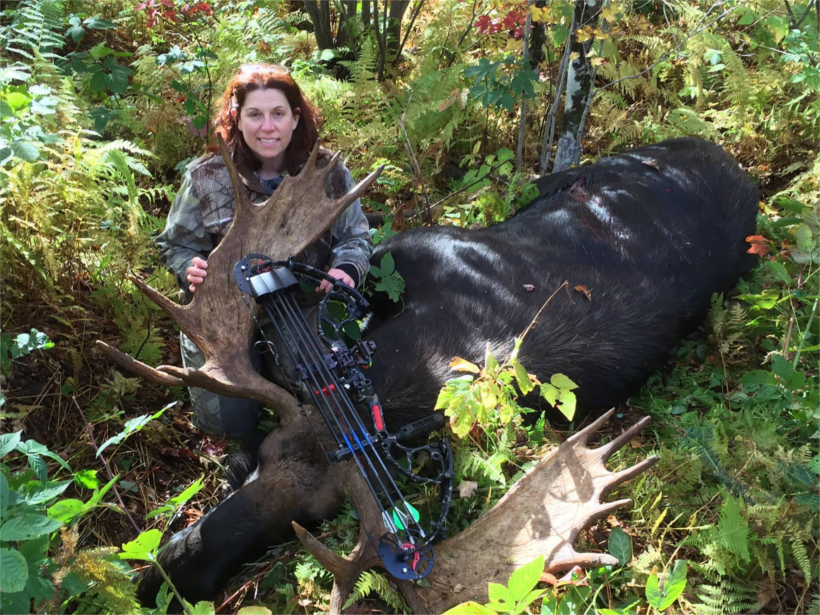 Harvesting a moose with a bow and arrow in Vermont’s Northeast Kingdom is no easy feat. Harvesting a record-setting 931 lb-moose? That deserves plenty of recognition, but not the way Tammy Miller is receiving it.

Miller, who killed the male moose last weekend during the state’s archery season, is the latest female hunter to come under attack by anti-hunters and animal activists. Vermont Fish & Wildlife (VFW) posted a photo of Miller with her trophy moose on its Facebook page only to bring on the wrath of thousands of angry people opposed to hunting. As of this morning, the post had over 1,290 shares, 2,338 likes and more than 300 comments – with officials at VFW monitoring and responding to some of the negative commentary.

Tom Rogers, VFW’s information specialist, took to the department’s Facebook page, stating, “The way that you treat those who disagree with hunting will dictate the future role that hunting plays in Vermont and the perception the non-hunting public has of hunters.”

While there usually seems to be a heated discussion following any sort of big game hunting, especially when the hunter is female, remaining respectful of both sides of the discussion is important.

“The important point is that people are respectful of others’ opinions,” Rogers told Boston.com. “It’s totally fine if people are conflicted. ... It’s really good to have an open dialogue on the ethics of hunting.”