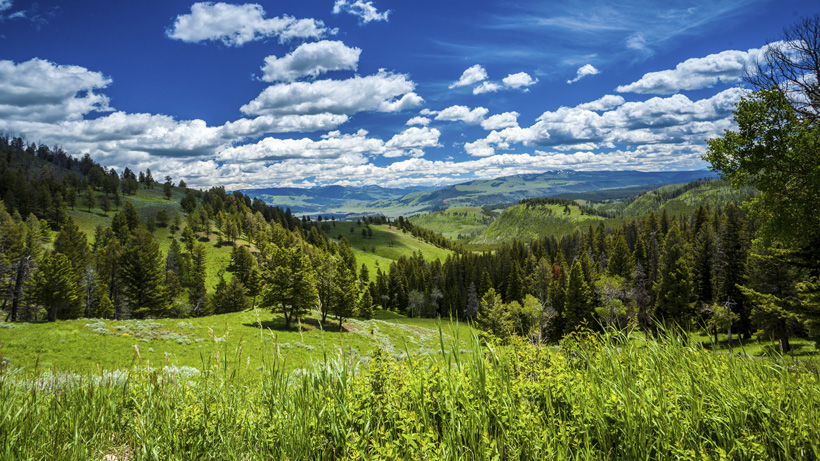 Yesterday, more than 100 hunting and fishing business owners and sporting organizations came together to show Congress how important national monuments and public land are to the outdoor industry. In a letter sent to Congress, these businesses and organizations stressed the need for the continuation of the Antiquities Act and “to request that it be used responsibly and in a way that supports the continuation of hunting and fishing in America.” The letter details several tenets that ensure “collaborative, ground-up solutions” not only to safeguard the designation of national monuments for future generations but also public land.

“As someone who has helped develop the outdoor industry in Colorado and watched it grow into an economic powerhouse, I am concerned by current efforts both to curtail national monuments and weaken the Antiquities Act itself,” said Jim Bartschi, president of Scott Fly Rods in Montrose, Colorado, in a press release. “Public lands such as the new Browns Canyon National Monument preserve incredible outdoor opportunities to hunt, fish, hike, bike, camp and float – and they’re strongly supported by local communities, who understand that these lands offer one of the best new, sustainable ways to grow their local economies.”

This letter follows Trump’s recent executive order assigning Interior Secretary Ryan Zinke the job of reviewing any national monument created since Jan. 1, 1996. This review “could prompt changes to areas designated not only by former president Barack Obama but also by George W. Bush and Bill Clinton,” The Washington Post reports. The full list of monuments under review can be found here.

However, in a collaborative report compiled by the Theodore Roosevelt Conservation Partnership, Backcountry Hunters & Anglers (BHA) and other sporting organizations, several of these national monuments were specifically created through support from the sporting community because of their world-class hunting and fishing.

“Though some national monuments can be controversial, the Antiquities Act is an effective and essential tool for conservation,” said Ryan Hughes, a Nevada-based outdoor writer and volunteer for BHA, said in a press release. “In places like Berryessa Snow Mountain in California and Rio Grande del Norte in New Mexico, we’ve seen Congress unable or unwilling to pass legislative proposals created with the help of local stakeholders. The Antiquities Act aided in allowing these collaborative efforts to happen.”

A press conference will be held today with decision makers in Washington to discuss the contents of the letter and the role public lands and national monuments play in the success of the outdoor industry as well as the other communities and businesses that rely upon these activities for economic success.