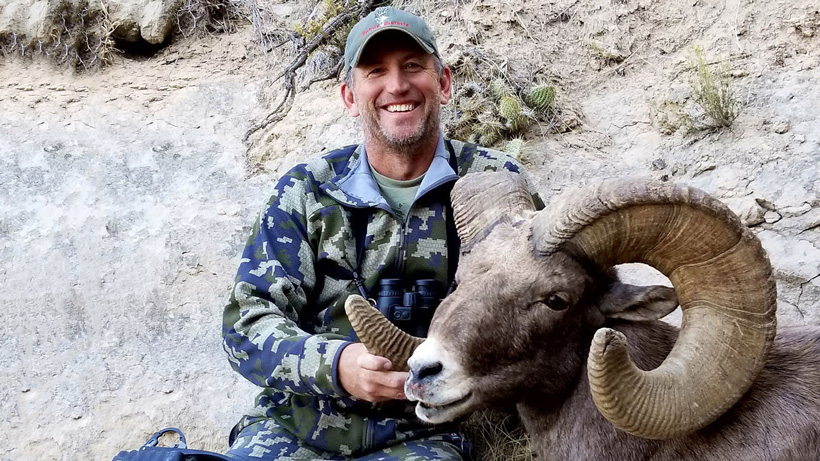 James Bruce, a California hunter with a passion for bighorn sheep, recently experienced the hunt of a lifetime on a trip to Nebraska. Bruce, who has made it his goal to harvest all 40 species of sheep, killed a massive record-breaking 10-year-old ram on private property in the Wildcat Hills on Dec. 2, the World-Herald reports.

“It’s pretty awesome,” Bruce told the World-Herald. “I didn’t do it to break any records. I just did it because I love to hunt.”

Yet, according to Todd Nordeen, the Nebraska Game and Parks Commission biologist in charge of the state’s bighorn sheep program, Bruce’s ram may very well be a new state record. According to the World-Herald, the ram “had a gross score of 195-1/8 and netted 193-5/8 on the Boone and Crockett scale;” however, Bruce has to wait the required 60-day drying period to see if the horns will surpass the current state record, which scored 190-5/8 in 2015.

“Bighorn is so rare,” says Bruce, who has harvested 26 other species of sheep. “It’s almost a privilege to hunt them.”

Bruce shot the ram broadside at 55 yards. He was one of only two hunters with a permit during this season, which ends Dec. 22. He won his permit through an auction.

Congratulations, James Bruce, on such an incredible harvest!