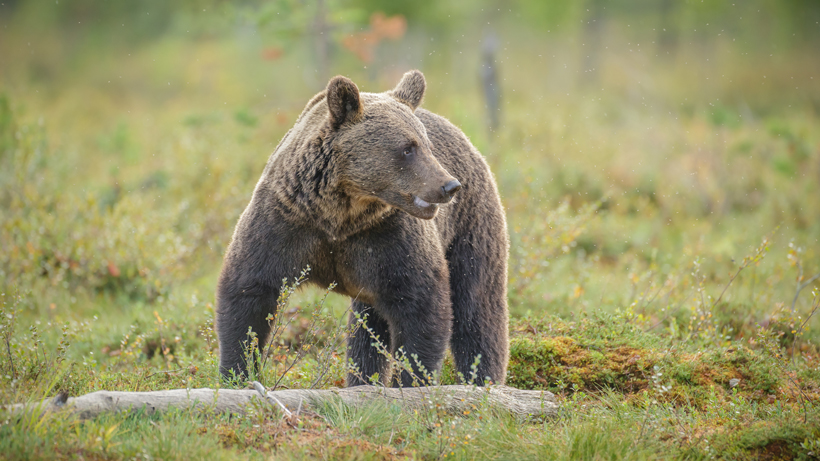 An elk hunter was attacked by a grizzly bear last weekend west of Cody, Wyoming. While he was injured in the attack, fortunately, he was able to get back to the trailhead without any life-threatening injuries. He was flown to an area hospital for treatment.

The attack is ongoing and under direction of the U.S. Fish and Wildlife Service (FWS) and in collaboration with the Wyoming Game and Fish Department (WGFD). Apparently, the hunter had come into “close range” of an adult sow with two cubs. The female grizzly bear was killed by the hunter and his hunting partner and WGFD euthanized the two cubs, according to a press release.

“The Service sends our thoughts to the injured individual as he recovers,” said Dan Coil, Special Agent in Charge for FWS. “The Service partners with states to manage grizzly bears in grizzly country and appreciates Wyoming Game and Fish responding to the incident.”

“The safety of outdoor recreationists is always at the forefront of our minds,” said WGFD’s Cody Regional Wildlife Supervisor Dan Smith. “Our thoughts are with the individual who was injured and we wish him a full and speedy recovery.”

goHUNT wishes him a speedy recovery.